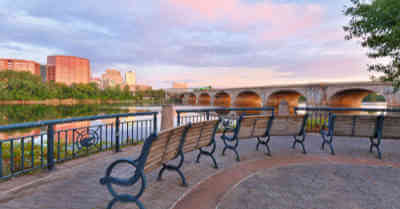 ‍When the time to retire comes, many people consider retiring in Connecticut with the dilemma of whether to stay in their current city or move somewhere new.

If you're thinking of retiring soon, you may be wondering if Connecticut is a good place to do it. There are many factors to consider when deciding where to retire, including the cost of living, climate, access to healthcare, and recreation.

Connecticut is a great place to retire, and no wonder retirees are increasingly choosing to call this state home. On the one hand, Connecticut offers a wealth of cultural and recreational opportunities and a high quality of life, but on the other hand, it can be expensive to live here.

However, there are many other factors to consider when deciding where to retire and cost of living, climate, access to healthcare, and recreation, are just a few things that come to mind. Before retiring, you also need to look at things like the weather, property taxes, life expectancy, crime rate, etc.

Connecticut may look like a beautiful state with plenty of places to retire, but before you make the decision, it's important to know if it's the right fit for you. After conducting extensive research, we share some pros and cons of retiring in Connecticut to help you make the best decision for your retirement.

When most people think of retiring, they think of sunny places like Florida or Arizona. But what if you want to retire in a place that has all four seasons? Connecticut is a great option for retirees who want to enjoy all that nature offers.

There's something for everyone in Connecticut, from hiking and biking trails to ski resorts and beautiful beaches. Plus, the cost of living is relatively low compared to other states in the Northeast.

There are plenty of small towns with picturesque Main Streets, bucolic countryside, and an abundance of cultural and recreational opportunities. And while the cost of living can be high, Connecticut offers a wide range of retirement benefits that can make your golden years more comfortable.

Benefits of Retiring in Connecticut

Picturesque Scenery All Year Round

Is there anywhere more picturesque than Connecticut in the fall? The leaves are turning all different colors; the crisp autumn air and the smell of apple cider make for a perfect New England experience.

But did you know that Connecticut is just as beautiful all year round? There's a reason why this state is nicknamed "The Constitution State." From the quiet beaches along Long Island Sound to the towering peaks of the Litchfield Hills, there's something for everyone in Connecticut.

In an effort to make higher education more accessible for all, the state of Connecticut offers tuition-free degrees for seniors. Eligible applicants must be age 60 or older and have lived in the state for at least five years. The program is open to residents who are not currently enrolled in college or a degree program, and those with prior degrees are not eligible.

Participants must also agree to volunteer a minimum of 10 hours per semester, which can be completed in various ways, including mentoring students, serving on committees, or even performing office work. This new initiative is an exciting opportunity for seniors in Connecticut and will benefit the community as a whole.

Connecticut has a wealth of natural resources and state parks, making it ideal to retire. From the rocky coast of Long Island Sound to the quiet forests in the Litchfield Hills, there's something for everyone here. Whether you're looking for a seaside town or a rural escape, Connecticut has something to offer retirees looking for a peaceful place to spend their golden years.

A hundred miles of coastline and plenty of state parks mean there's always something new to see in this scenic corner of New England. So if you're thinking about retirement, consider Connecticut - it might just be your perfect choice.

When it comes time to retire, many people are looking for a place that has the small-town familiarity of their childhood home with all of the big-city amenities they've come to love.

Connecticut is a great place to find that perfect mix, with its rural towns and thriving city centers. Whether you're looking for beautiful scenery and a mild climate or vibrant nightlife and endless shopping opportunities, Connecticut has something for everyone.

When it comes to deciding where to retire, many people consider the crime rate in the area. After all, you want to feel safe and secure in your golden years. If you're looking for a place with a low crime rate, Connecticut is a great option. In fact, Hartford was recently named one of the safest cities in America for retirees.

A recent study by CQ Press found that the Nutmeg State has the seventh-lowest crime rate in the nation. This makes it an ideal place to retire, as you can feel safe and secure in your new home.

There’s a reason Connecticut is often called the Land of Steady Habits. It has a higher life expectancy than any other state in America, and it’s no secret why. With an average life expectancy of 81 years, it is one of the longest-lived states in the country. Combine this with its many top-notch health care facilities, and you have an ideal location for retirees.

The cost of living is high, but so are the salaries. This makes Connecticut an ideal place for retirees. In addition to living comfortably, they can enjoy all that New England has to offer: picturesque small towns, miles of coastline, and four distinct seasons.

If you're looking for a place to retire with plenty of culture and activities available, look no further than Connecticut. There's something for everyone in this beautiful state, from world-renowned museums to charming small towns.

Cons of Retiring in Connecticut

If you're considering retiring in Connecticut, you may want to think again. CNBC recently ranked the state as having one of the highest costs of living in the country, and it's especially hard on retirees living on a fixed income.

With a lower median income, Connecticut residents are less likely to be able to afford retirement homes or even basic necessities like food and medicine.

With prices for essential goods and services such as housing, food, health care, and transportation costs more than in most other states, retirees may find themselves struggling to make ends meet. So before you commit to moving to Connecticut, be sure to research all your options and compare costs. There may be a better place for you to retire after all.

If you're looking for a retirement destination with moderate weather, Connecticut is not the place for you. Summers are hot and humid, while winters are cold and windy. While there are some benefits to living in The Constitution State, retirees should consider all of the pros and cons before deciding.

Winters can also be quite harsh in Connecticut. Blizzards and Nor'easters are not uncommon, and snow often stays on the ground from November until April.

If you're a retiree looking for a place to live where the traffic isn't too bad, Connecticut may not be the best choice. According to newly released data from U.S. News & World Report, the Constitution State ranks in the bottom ten states for drivers stuck in traffic.

In fact, commuters in Connecticut spend an average of more than 40 hours a year in traffic jams. That's plenty of time to reconsider your decision if you're thinking about making Connecticut your home.

Connecticut's high property taxes are a deterrent for retirees looking to relocate to the state. According to recent studies, Connecticut has one of the highest median property tax rates in the United States. This is especially unappealing to retirees, who are on a fixed income and often rely on their home's equity to supplement their retirement savings.

While there are some benefits to retiring in Connecticut, such as its proximity to New York City and Boston, the state's high taxes may be too much of a burden for some seniors.

When most people think of high gasoline taxes, they picture European countries with their century-old infrastructure and propensity for expensive cars. But the fact is, America has its fair share of states with high gas taxes as well.

In some cases, these taxes can be a real burden on retirees who are living on a fixed income. Connecticut is one such state, and its gasoline tax is on the higher side.

This can be a significant expense for someone depending on their car for transportation or those who take frequent road trips.

If you are a retiree looking for a safe and peaceful place to live? If so, you may want to avoid Connecticut. The state has one of the most militarized police forces in the country, which can be terrifying for retirees.

Between 2010 and 2014, the state spent over $68 million on military equipment for its police officers, including armored vehicles, bayonets, and gun silencers.

This is not the ideal environment for retirees who want to feel safe and protected. Connecticut's militarized police force should come as no surprise, though; the state has been dealing with an increasing number of shootings in recent years.

No one ever said that life in Connecticut would be perfect, especially retirees. While the state does have beautiful suburbs and a relatively low cost of living, it also has a reputation for being one of the most corrupt states in the nation.

Whether you're already retired or just thinking about it, it's important to do your research before making a move to Connecticut. There may be many other great places to retire in the U.S., but don't let this issue stop you from considering the Nutmeg State. Just be aware of what you might be getting into!