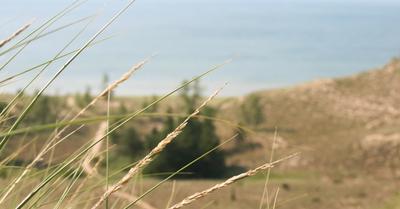 Today, Indiana is mostly rural, except for the big city of Indianapolis. There are also lots of medium-sized cities like Carmel, South Bend, Evansville, and Fort Wayne – all of which are great cities to retire in.

One of the greatest benefits of retiring in this amazing state is affordable housing. Citizens are ecstatic with the cost of living and the numerous job opportunities available. However, Indiana can get quite boring, and the lack of diversity here is an issue. Indiana also has a drug problem.

If you want to live a slow-paced and simple life, the rural side of Indiana is perfect for you. Otherwise, living in the city is always an option, especially if you want to settle down in a place that is always buzzing with the sound of people and traffic.

In this article, you will find the benefits of retiring in Indiana, as well as some downsides that you need to be aware of before you make your final decision. We've lived in different cities in Indiana and know all there is to know about this wonderful state.

‍Benefits of Retiring in Indiana

Here are some of the benefits of retiring in Indiana:

Low Cost of Housing and Living

Income levels in Indiana are also slightly lower than the average as individuals earn $27,000 compared to $31,000, and households earn $52,000 compared to $57,000 nationally. However, don't be alarmed. The lower salaries are because the cost of living in Indiana is impressively low.

The low cost of living in Indiana can also be because of the low tax burden. The state's total tax burden is 8.9 percent, making Indiana rank 11th in the country on the list of places with the lowest tax rates.

In fact, Indiana is only a couple of tenths of a percentage away from conquering as the top 5 lowest taxes places in the country.

According to our research, the statistics across the state show that Indiana has the lowest crime rate, with it ranking 22nd best in the country.

However, it must be kept in mind that approximately half of the crime in Indiana happens within the capital city of Indianapolis. This is why the city ranks as the 10th worst city in the United States when it comes to safety.

If you were to ignore the city of Indianapolis from the official statistics, you would find that the rural areas have close to no crime rates. This means that you should be okay as long as you live away from Indianapolis. After all, there are a number of safe towns in Indiana that you can choose from.

If you have kids who would prefer to go to smaller schools, you can check out the regional universities in the Midwest, such as Evansville and Butler.

Along with providing the best education, the universities in Indiana are also popular for the vast variety of college sports that they offer.

Butler and Indiana University are mainly focused on basketball as they are part of the Division I teams that have, in the past, made their way to the NCAA Championship Tournament. Moreover, Indiana State, the alma mater of Hall of Famer Larry Bird, has also managed to have some great seasons.

The Pacers basketball team is Indiana's pride as it falls in the professional league and has been featured in the Hall of Famer Reggie Miller.

When referring to college football, Notre Dame is the most popular as it has been playing the fields since 1887 in South Bend, which means that it is one of the oldest football programs that the country has witnessed.

Indiana is also home to professional football, mainly the Indiana Colts – a playoff contender and an old home of future Hall of Farmer Peyton Manning.

If you like your sports fast, Indiana also caters to the Indy 500 and NASCAR Brickyard 400. All in all, Indiana falls in 16th place as one of the best states to live in if you are a sports fan.

Hamilton Country is on the Top

A suburb on the northern side of Indianapolis, Hamilton County falls on the top 3 in the list of best countries to live in America.

Even though it is an expensive area of Indiana to retire in, the cost of housing is not as high. Moreover, residents can take advantage of a higher salary (almost double) of what would be paid in other parts of Indiana.

The schooling system in Hamilton is also known to be top-tier, falling 12th in America. According to official statistics, crime rates are also below the national average. When it comes to buying a house, staying healthy, becoming a young professional, or raising a family, Hamilton ranks in the top 90 percent.

Apart from some of the bigger cities, the residents of Indiana are Republican. This means that they are conservative and religious- 72 percent of individuals living in Indiana attend a Christian Church.

If this sounds like a good deal to you, retiring in Indiana is probably one of the best things you can do for yourself. Keep in mind that you will have a hard time purchasing alcohol on Sunday mornings, and if you are looking for some adult entertainment, you will have to drive into the bigger cities.

The Economy is Diverse

Another benefit of retiring in Indiana is that the unemployment rate is 2 percent- approximately half of the national unemployment rate. Manufacturing companies enjoy residing in Indiana because of the lower taxes and salaries. This is one of the main reasons why Indiana has not fallen prey to the Rust Belt economic collapse.

Many of the top-most employers in Indiana work in multiple fields, such as auto, steel, hospitals, universities, drug manufacturers, and tech manufacturing.

Even though Indiana does not have any forests or mountains, there are loads of natural water resources in the state as it shares a border with Lake Michigan, as well as more than 900 other lakes and 24,000 miles of river. The biggest lake in the state is Lake Monroe which is 11,000 acres, while Lake Wawasee is the deepest lake with a depth of 120 feet.

You Don't Have to Worry About Traffic

Our statistics show that Indiana falls as the 2nd best in the list of states that are safe for drivers. It has a low cost of ownership, manageable traffic, and is considered to be safe to drive in.

Of course, the traffic in the rural area is low, but even the great city of Indianapolis falls in the top 10 percent of cities that have the least amount of traffic congestion.

Since the roads are so smooth, all you need is a 23-minute commute time- well below the national average.

Cons of Retiring in Indiana

Now, we will look at some drawbacks of retiring in Indiana so that you can make a well-informed decision:

Indiana lost its forests a hundred years ago because its residents would overharvest to fulfill their need for wood. Today, the entire state only has 156,000 acres of forest. On the other hand, Arkansas has 19 million acres of trees, making it a greener state than Indiana.

According to the official laws, the government of Indiana ensures that there is a park every 60 miles. However, Oregon has a park within every one-half mile, making it healthier for residents. After all, some people enjoy being around greenery.

Because of this, Indiana falls in the 33rd position in the list for parks- only 0.81 percent of its land is used as a park. Alternatively, California has parks on 7.49 percent of resident land, making it ten times greener than Indiana.

It Can Get Boring

According to the list of most boring states, Indiana ranked 13th. You will experience countless miles of pure corn land when living in Indiana. Small towns usually only have one pizza joint and restaurant.

Most residents spend their time involved in high school sports and church. Their lives are more happening when they sit in the car and drive for one hour to shop for groceries at Walmart.

The air pollution in Indiana is off the charts. This could be mainly because there are barely any public parks, making it difficult to breathe. Indianapolis falls in the low 5 percent for experiencing the worst particle pollution.

Another reason for the air pollution in Indiana is that there are a total of 24 working power plants in the state. Indiana also has the biggest coal plant in the country, contributing to its rising pollution levels.

It could be because people tend to get bored here, but Indiana is the 9th worst state for drug abuse. Even though drug addiction here is high, the government is not doing much to treat it. There are no official policies to lower drug use, which makes this issue concerning.

Moreover, Indiana falls 15th on the list of deaths by drug overdose. It also has the top-most number of opioid prescriptions. Hence, if you are retiring in Indiana, you might want to do so without children who may fall into bad company.

According to research, the residents of Indiana are 9 percent Black and 83 percent White. Moreover, most of the African Americans live in the big cities, which means the rural areas of Indiana are almost fully populated by Caucasian people.

It should also be noted that only 2 percent of the population in Indiana practices a religion other than Christianity. This could mean that the religious tolerance in the state is also low.

Public Transportation is Not Great

Indiana is a state that is fully dependent on cars. In fact, the state ranks 17th in the list of states that have the worst public transportation infrastructure.

The larger cities of Indiana have public transportation, but the state's rural areas do not enjoy this luxury.