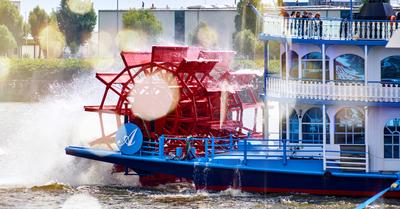 Are you planning to spend your post-retirement time in Louisiana? Knowing about the benefits of retiring in Louisiana will help you make up your mind.

Retiring in Louisiana brings several benefits, but there are a few drawbacks that you should know before you decide to retire in Louisiana. If this retirement state is seriously on your mind, you would want to learn more about the costs associated with living here and a lot more.

Louisiana is the 19th smallest state by area and the 25th most populous state in the U.S., located in the southeastern portion of the country, south of Arkansas between Texas and Mississippi. The state perfectly depicts a melting pot of cultures influenced by Spanish, French, African, and Native Americans. Louisiana is known for its delectable cuisine, music, parks, and wartime exhibits.

Retiring in Louisiana has numerous perks to offer to those looking for both financial and non-financial benefits. However, it also comes with its fair share of cons that can deter people from seeking a home to live out their golden years here. Having lived in Louisiana most of my life, I have compiled this article so you can get a good insight into the pros and cons of the state to make your retirement decision easier.

‍‍‍Pros of Retiring in Louisiana

Louisiana makes an appealing state for individuals looking forward to settling down for their golden years of life. The state offers a low cost of living that is perhaps the most attractive feature for the senior citizens looking forward to affordable living and want access to amenities such as museums or other cultural activities without overspending.

Not only that but there are countless opportunities for outdoor activities for retirees throughout the year. And as we discuss the outdoor activities, let's not forget the many rivers of Louisiana that run along for miles before meeting the coastline, making it a perfect spot for fishing enthusiasts.

Louisiana is also among one of the top retirement destinations because the state offers a low cost of living and affordable housing and is a tax-friendly state for retirees. Let's look at the pros of retiring in Louisiana.

Louisiana Is Tax-Friendly State for Retirees

One of the top reasons Louisiana makes a retiree-friendly state is the state's retirement tax laws. If you are over the age of 65, all your sources of income, including retirement income from social security and pension, will be tax exempted. As a result, you will experience a significant reduction in your cost of living. Moreover, the state's income tax doesn't apply to any retirement benefits, including social security or public pension income.

Another reason why many retirees choose Louisiana as their retirement destination is the state’s lenient qualification rules regarding disability status. Once an individual gets the disability status, the state helps cover the medical costs of those who need assistance the most.

In all, if you qualify for social security retirement benefits and need disability assistance to pay your medical expenses, then Louisiana is definitely a state that you should consider for your retirement.

Moreover, a wide range of retirement communities in Louisiana provides different amenities, including pools, golf courses, and other recreational activities for seniors so they can enjoy their golden years.

Louisiana Has a Low Cost of Living

Compared to the national average, the cost of living in Louisiana is much lower. Part of the low cost of living can be attributed to the state's lower cost of housing due to lower property tax and retiree-friendly tax incentives.

Louisiana Offers Comfortable Weather on Most Days of the Year

Louisiana is home to comfortable weather where people of all ages can enjoy outdoor activities throughout the year without worrying about extremely cold temperatures. The state offers all four seasons with mild winters and comfortable summers. The months of April, May, and October are the most pleasant in the state, with August being the hottest month with an average high temperature ranging up to 33.44oC. In all, the weather in Louisiana is pleasant on most days of the year.

Another interesting aspect of retiring in Louisiana is the state's cultural diversity. Louisiana is home to a huge Cajun and Creole population and French, Spanish, African, and Native Americans, making Louisiana truly a melting pot of cultures. And given the cultural diversity in the state, you will get a chance to interact with multiple languages, unique music and try out some of the most interesting cuisines you will find in the U.S.

Louisiana is Home to a Helping Community

And while Louisiana is a community of diverse people and cultures, you will always find someone willing to lend a hand every time you need it, making it a friendly state, especially for retirees.

Moreover, the condos and townhouses make one of the common types of housing in the state, allowing family members and neighbors to be close enough to help each other, at least during emergencies.

Lastly, Louisiana ranks high on the list when it comes to things to do and activities and food to try. The state offers tons of retirement communities that offer a wide range of activities and events for retirees, including concerts, art shows, and festivals.

Moreover, the state has also earned its nickname "Sportsman's Paradise" for its numerous opportunities for outdoor activities ranging from paddling, kayaking, and fishing to golfing and hiking. So if you are an active retiree looking for constant outdoor stimulation, then retiring in Louisiana may be a good choice for you.

Furthermore, Louisiana also makes a popular food destination known for its delectable cuisine. Since Louisiana is home to several cultures, each one brings unique food to the table, giving you a wide range of cuisines to choose from.

Whether or not Louisiana fits your retirement criteria will depend on your personal preference, but you must consider the state’s many positive aspects before making any decisions on where to settle down after retiring.

Cons of Retiring in Louisiana

Louisiana Has a Higher Cost of Utilities for Retirees

Maintenance Costs are High in Louisiana

Apart from the high cost of utilities, home, and car maintenance also make an expensive affair in Louisiana. The state lacks local resources essential for home maintenance, such as building supply stores due to its climate, which is why home maintenance is expensive. However, several programs through the U.S. Department of Housing and Urban Development can facilitate homeowners in Louisiana to find affordable services and supplies.

Similarly, if you have an older car that often needs repair and maintenance, it can be an expensive affair. Part of the higher repair cost can be associated with higher maintenance costs. However, it can also be a concern because some garages may try to take advantage of individuals who have limited know-how of what needs to be done with their vehicle.

While the state offers lower property tax and retiree-friendly tax incentives, which makes it easier to invest in property, homeowners insurance is above national averages.

But since your home is an investment, it is important to protect it through homeowner insurance even when it is an expensive affair.

Louisiana experiences pleasant weather throughout the year, with mildly warm summers and cooler winters. But that state is no stranger to extreme weather conditions and natural disasters ranging from droughts to floods, hurricanes, heavy rainfall, and a lot more.

Moreover, flooding is also a common concern for the residents of Louisiana. While the infrastructure was built considering the 100-year flood standard, it is believed to be insufficient due to the increasing intensity of storms and floods resulting from climatic change.

As we look into the cons of retiring in Louisiana, let’s not forget that the state has an extremely high crime rate. Louisiana has a much higher than average crime rate and has the fifth-worst violent crime rate in the country, with an average of 6 in 10 people worrying about it every day. The rate of violent crime in Louisiana is almost twice that of the national average, which can be a threat for retirees looking for personal safety during the golden years of their life. Considering the high violent crime rate, it may not be safe for older residents to go out of their homes alone or walk home at night.

The high crime rate in the state can be associated with a younger population and a high poverty rate. But regardless of the cause of the higher crime rate, it can be a deterrent for retirees looking forward to settling in the state for its excellent retirement communities and some of the other benefits that Louisiana has to offer.