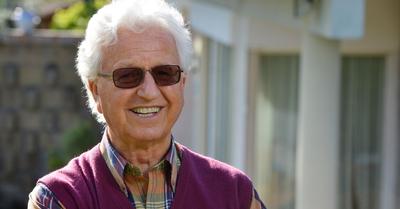 Are you convinced about retiring in Massachusetts? This comprehensive list provides you with the pros and cons you need to consider before making up your mind.

What do you think of when it comes to retired life? Do you want to spend your day relaxing by the beach in a city with a vibrant culture, pleasant weather, and premium healthcare? Massachusetts offers it all. However, like every other state, retiring in Massachusetts has its own set of disadvantages that you may want to consider before settling on this remarkable state.

Massachusetts has some of the most spectacular beaches in the country and is home to vibrant culture. The state is immensely popular due to its low crime rate and amazing healthcare facilities. However, living in Massachusetts is costly. The traffic is heavy, and the weather is incredibly cold during winters.

Also known as the Bay State, Massachusetts is one of the original 13 colonies and one of the six New England states. Moreover, the state boasts diverse industries which makes it a great choice for seniors to start a second career, be an entrepreneur or simply enjoy life living in a vibrant state. Considering the benefits that Massachusetts has to offer, it isn’t difficult to see why it is a retirees’ state.

‍Pros of Retiring in Massachusetts

If you are thinking of moving to Massachusetts to live out your golden years or are looking forward to retiring in Massachusetts, you have some amazing reasons to do so. From excellent healthcare to a manageable cost of living and a lot more, one cannot deny the excellent opportunities that this state has to offer.

However, if you need a little more convincing, here are some of the pros of retiring in Massachusetts.

Massachusetts hence makes a great choice for you if safety is your primary consideration.

Massachusetts is home to the most spectacular landscape ranging from breathtaking beaches to the rocky hills and everything in between.

Massachusetts has you covered if you are looking for outdoor adventures ranging from blissful time by the beach to the most adventurous mountain hikes. Moreover, you will also find islands, farmlands, and enchanting villages where you can peacefully spend your golden years.

And what's more attractive is that the drive from the mountains to the beach and vice versa only takes you a few hours so that you can head out to your favorite destination in no time.

In addition to being home to the world’s most sought-after vacation destinations, such as Cape Cod Beaches, Massachusetts is also a hub of a fine dining experience. Some individuals also claim that Massachusetts is a food haven, and its seafood is considered the finest and most fresh among the states.

Massachusetts harvests some of the best seafood: shellfish, lobsters, mussels, and scallops. Moreover, some places, including Buzzards Bay and Barnstable, have some of the best oysters worldwide.

In addition to the freshest and finest seafood, Massachusetts is also home to beautiful cities like Boston and Cambridge, a major attraction if you are an urban dweller. But if you prefer the serenity and quietness of the villages and small towns, Massachusetts also offers you this attraction in towns like Salem and Lexington.

As you retire, you now have the perfect opportunity to head outdoors and explore what's around you, and Massachusetts offers it all.

The state experiences mild summers and snowy winters, which give you a perfect chance for recreational opportunities throughout the year. Some of the most popular outdoor activities that Massachusetts offers include hiking trips, fishing, and beach trips during summer. And during the chilly winters, you can go snow tubing and take a Snowshoe Tour of deCordova Sculpture Park to a lot more.

And that’s not it. If you love fancy sports,Massachusetts is the place for some serious sporting activity. From baseball and football to ice hockey and basketball, the state offers everything that might interest you. So regardless of your favorite outdoor activity, you are sure to find one that helps you keep fit and active in the golden years of your life.

Did you know that Massachusetts is one of the few states that experience all four seasons, namely summer, fall, winter, and spring?

Massachusetts offers beautiful summers featuring warm, sunny days, which makes a perfect opportunity to relax and unwind by your favorite beach. Cool and breezy nights follow the warm, sunny days during summers in Massachusetts. The spring season is another interesting time of the year that brings the vegetation to life.

But the best time of the year in Massachusetts is fall. As autumn approaches, you can find endless colors on and around the trees as the leaves prepare to fall.

However, it can get incredibly cold during winters which may not be a preferred choice for some people looking forward to retiring in Massachusetts.

Still, despite the harsh weather, wintertime in Massachusetts doesn’t have to lock you up. Instead, you can enjoy some exclusive winter sports such as snowboarding and ice skating during the chilly weather.

Massachusetts has a diverse landscape, but the only thing more diverse than the landscape is the state's cultural history. Massachusetts makes a melting pot of diverse cultures and has numerous museums, festivals, and concerts.

Whether you love film, drama, music, or history, there is something for everyone in this culturally-alive state.

Are you planning to continue your education following your retirement?

If yes, then it’s just another benefit of retiring in Massachusetts.

The state is home to five colleges where retirees can take continuing education classes. Moreover, the seniors retiring in Massachusetts can also participate in the Five College Learning in Retirement program.

One of the major concerns for almost all retirees is access to top-quality and affordable health care. But it's not a concern when you retire in Massachusetts. It is a small state; however, it is home to some of the world's best healthcare facilities. Massachusetts top-quality health care facilities in several world-class hospitals. Moreover, the state-of-the-art healthcare facilities equipped with the latest technology take care of one of the most significant challenges for senior citizens; access to healthcare.

The economy of Massachusetts is booming, and you get endless opportunities even after your retirement. The state is home to several high-tech manufacturing industries and traditional trade, fishing, and agriculture.

Whether you want to give your career a second start, be an entrepreneur looking forward to setting up your business, or simply want to sit back and enjoy life in a booming economy, Massachusetts is the state for you.

Lastly, one of the best features of Massachusetts is that the state offers endless opportunities for vacations without actually leaving the state. From luxurious vacations destinations to the tranquility of rural living, Massachusetts has an abundance of vacation destinations that offer both big-city luxury and small-town familiarity without the hassle of extensive traveling.

Cons of Retiring in Massachusetts

In fact, Massachusetts has a higher cost of living than other states. It makes third on the list of most expensive states in the U.S. While there are several amenities that the state has to offer, they come with a hefty price tag that is often not affordable for an average retiree. And the costly price tag is not limited to luxuries but also includes food, housing, and healthcare.

While Massachusetts makes a tax-friendly state for senior citizens, withdrawals from retirement funds are subject to full tax.

So if you are a retiree looking forward to relocating to a state that allows you to spend money on your lifestyle and activities, then Massachusetts doesn’t make it to that list.

Before you finalize your plan to retire in Massachusetts, know that the state ranks in the top five most populated states in the U.S. Moreover, Massachusetts is also among one of the smallest states in the country. No wonder many people share a small piece of land, leading to a high population density.

Boston and the coastline are among Massachusetts's most heavily populated areas, which is why the beach and the city center are always crowded. If large crowds and associated congestion is something that you don't like, then Massachusetts doesn’t make a great place because its high population density leads to the next big issue.

Besides, the picture isn't very rosy when you combine being stuck in a traffic jam with limited space. Even when you see the road is not blocked with cars, another issue might deter you from retiring in Massachusetts.

Massachusetts may be home to world-class high-tech industries, but the roads are usually in bad condition since it has a high population density.

You are likely to come across the ongoing maintenance scheduled to improve the road conditions and constant road construction to accommodate the increasing traffic. And naturally, the unfavorable road conditions and heavy traffic makes the drivers quite impatient and aggressive. Hence, if you want to own a car and drive peacefully after you retire, Massachusetts may not be able to fulfill this desire.

And even if you are used to extreme winters and a lot of snowfall, know that the road conditions typically worsen during the winter season. The extreme snowfall, road salt usage, and heavy traffic can lead to many potholes on the roads, making driving more challenging during the harsh winter season.