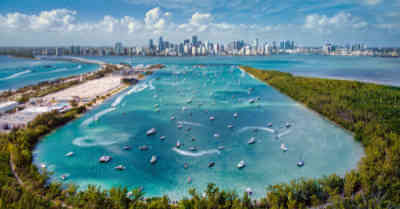 People considering Virginia as their retirement option might be interested in knowing the benefits of retiring in Virginia.

The decision to move to a new state is a major and life-defining one, which is why it is crucial to know exactly what you are getting yourself into.

Some of the major benefits of retiring in Virginia include a strong economy, topnotch medical facilities, premium educational facilities, and a low rate of crime. The cons include the high tax rates, complicated laws, traffic problems, and nuclear facilities.

Virginia has been the home of American ancestors for over three centuries. Even though the state has changed drastically during that time, it still welcomes close to 60,000 new residents every year.

Based on comprehensive research, we have prepared a guide that will outline and discuss all the pros and cons of retiring in the state of Virginia.

‍Pros of Retiring in Virginia:

Even though the COVID-19 pandemic considerably affected the state’s economic growth, Virginia still remains one of the US’s strongest economies. With a GDP per capita of $64,582, the Virginian economy is ranked 15th out of the country’s 50 states.

Historically, Virginia has had a reputation for wealth creation. This colony was founded by the British for the sole purpose of boosting the power and wealth of Great Britain. Compared to other states, Virginia has been able to make stronger and better comebacks from various economic downturns – with the most recent example being the economic crisis of 2008.

Hence, if you want to retire in a state that promises growth and stability in the economy, Virginia is probably the best choice for you.

Even though healthcare costs in Virginia are slightly higher compared to the rest of the country, the world-class healthcare facilities certainly promise excellent value for money. Out of the hundred-plus hospitals in Virginia, eighteen are in line with the highest standards established by US News. Charlottesville’s Virginia Medical Center is considered to be the best hospital in the state.

Other excellent Virginian hospitals include the Virginia Commonwealth University Medical Center, Carilion Roanoke Memorial Hospital, Sentara Norfolk General Hospital, and the Inova Fairfax. The abundance of such outstanding medical facilities means that your healthcare needs will be taken care of, regardless of where you decide to live in Virginia.

Whether you are looking for top-class educational facilities for your kids, or want to go back to school yourself, Virginia has you covered. Thanks to abundant educational funding, Virginia brags a public school system that is one of the best throughout the country. In addition, Virginia’s graduation rates are also one of the highest in the US.

As far as post-high school institutes go, Virginia Tech and the University of Virginia are two of the highest-ranked public schools in the US. What’s more, all in-state residents can enroll in the above two universities at discounted rates.

In addition, Virginia also has several fine private universities. Thanks to the brilliant public educational system in the state, education is available at very reasonable prices.

In comparison, the national average rate for violent crimes stands at 3.7 incidents for every 1,000 people.

At the moment, Virginia has the second-lowest rate of property crimes, bettered only by West Virginia.

From tall mountains to glittering beaches, Virginia promises a great deal of geographic diversity. If you are into skiing, you would love to know that Virginia has slopes that stretch across 27 kilometers, with close to 30 ski lifts present at various resorts.

Once the mercury goes up and the ice starts to melt, you can turn to the beaches. If you prefer living close to water, you should certainly check out Virginia Beach or, better still, consider making it your new home. The state’s coastal community also boasts excellent shopping malls and restaurants.

Regardless of political leanings, you can expect to feel safe and welcomed in the politically moderate state of Virginia. While Southern Virginia is conservative, the northern regions of this state tend to lean towards liberalism. Since Virginia is one of the swing states, it is neither blue nor red.

As is the case with swing states, Virginia is a priority for both Democratic and Republican candidates, which makes for a colorful political culture. It is hard to predict the results of the vote in any given election, which creates a sense of excitement and interest.

The fiercely contested elections will show the kind of political enthusiasm present in Virginia. Diversified political ideologies mean that the state has a kind of centrist environment.

It is possible that you will come across people who do not share your ideological beliefs, offering you the chance to see things from different perspectives and to make exchanges of knowledge and ideas.

The Presence of Every Season:

Be it the breathtaking autumn, balmy summer, frosty winter, or the warm spring, Virginia has it all. Compared to its Northern neighbors, Virginia experiences considerably milder winters.

Even though the state can get sticky and hot during the summers, it is still very much endurable compared to the ruthless heat that residents in Southwestern or Deep South regions experience.

Autumn is perhaps the most enjoyable, with highway drives allowing you to take in the beautiful fall colors. If you want to experience the Virginian fall in all its glory and beauty, do not forget to check out the Shenandoah National Park.

All in all, if you want to get a true taste of every season of the year, Virginia is an excellent retirement choice for you.

If you decide to live in one of the bigger Virginian cities, you will be able to benefit from the premium public transportation that the state has to offer. Even though this public transport system might not be able to match up to the labyrinthine networks present further up, it certainly gets things done.

In addition, compared to many other parts of the country, the public and private transportation costs in Virginia are on the lower side. Northern Virginia residents can take advantage of the following public transit options to prevent traffic congestion:

Indeed, you want to remain hale, hearty, and happy during your retirement, and Virginia promises you just that. According to the well-being rankings compiled by Gallup, Virginia sits pretty at 11th place. Compared to people living in many other states, Virginians have positive feelings regarding their community. Virginia performs better than almost every other state in each of the below categories:

Thanks to its outstanding healthcare facilities, community safety, and strong economy, Virginia is one of the happiest states across the country.

From the Blue Ridge to Shenandoah, Virginia is ripe with stunning natural beauty. Alongside the thousands of coastal miles in Virginia, the four key rivers flowing towards Cheapskate Bay also promise a great deal of scenic beauty.

Although it is impossible to cover all of the must-see sights in Virginia, below are a few that should be top of your list:

Cons of Retiring in Virginia:

There are no two ways about it – the traffic in Virginia is nothing less than a nightmare, with Richmond’s metropolitan region and Northern Virginia offering the very worst of it. With 7.5 million vehicles and 5.9 million licensed drivers in the state, commutes are quite tough and often unpredictable.

The mean commute time in Virginia is around 28 minutes. However, for those living in highly-populated regions such as Northern Virginia, the commute is likely going to be a lot longer than 28 minutes. If you live close to Washington, DC, you should strongly consider opting for public transport. In addition, do not leave the house without checking the traffic updates.

Another major downside of retiring in Virginia is the state’s high tax rates. Even if you decide to work part-time during your retirement, the state’s high income taxes will more than compensate for the higher-than-average salary that Virginia has to offer. Individual income in Virginia is taxed at a rate of 5.75%, while the local and state tax burden stands at 9.30%. Property taxes, standing at 0.80% of their assessed value, are the only real tax-related positives that you can expect in Virginia.

With a few exceptions, the sales tax in Virginia stands at 4.30%. However, the state’s cities are at liberty to bring this rate up to 5.30%.  In addition, every time you fill gas, you will be paying a per-gallon tax of 21 cents. So, if you want to retire in Virginia, make sure to plan your budget –and taxes, in particular, very carefully.

Prior to the 1st of July, 2020, you would have had to pay a $250 fine if you were found swearing publicly. Although this law has since been repealed, there is no shortage of other weird laws, some of which are listed below:

The state contains four nuclear plants. Two of those power plants are approximately 40-45 miles north-west of the city of Richmond. The other two, meanwhile, are at a 17-mile distance from Newport News (which is located close to the state’s Atlantic Coast). In addition to that, Virginia’s naval facilities are the largest across the world, while the state also houses nuclear-powered submarines and aircraft carriers.

Even though nuclear plants are not sources of greenhouse gases, they can prove to be a threat in cases of nuclear disasters – not to mention that they are a key source of pollution in the state. If you do not have much tolerance for these things, you should either go for a different state, or at least choose a Virginian city that is at a considerable distance from the power plants.

Even though the four seasons are a big plus of living in Virginia, the state’s unpredictable weather is a bit of a disadvantage. There are times when the temperature can shift by as much as 30-degree Fahrenheit within a single day. So, if you are not a big fan of dramatic changes in weather, Virginia might not be the best retirement option for you. 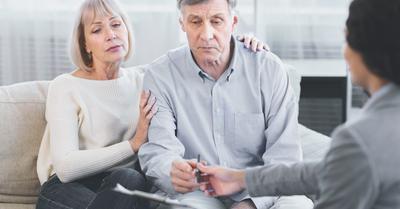 Do Senior Citizens Have To Pay Property Taxes? 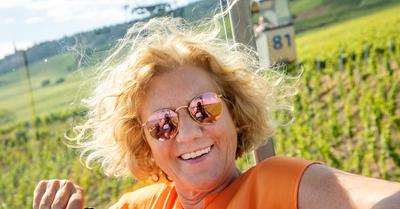 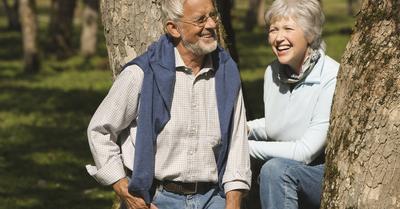 ﻿Planning for your golden days? Retirement is supposed to be the best time of your life, and retiring in Michigan may be a good idea! 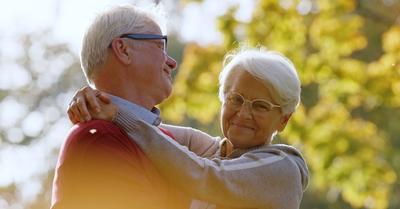 ﻿Congrats on hitting your retirement age! Ready to pack your bags and move? See if retiring in Kansas is a good choice for you! 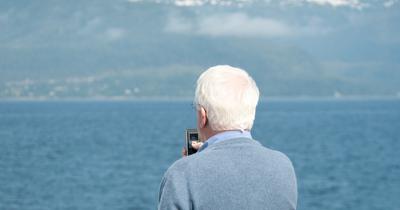 ﻿Alaska might seem like a cold and desolate part of America, so then why do people want to retire there? What are the benefits of retiring in Alaska? 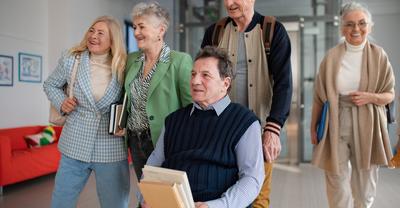 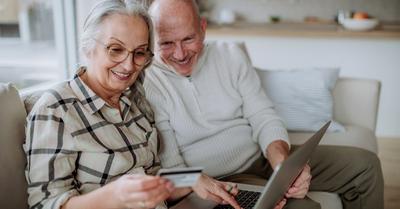 ﻿Retirees still have to pay property taxes, even if they don't have a job. Since they can't earn anymore, can senior citizens freeze their property taxes?