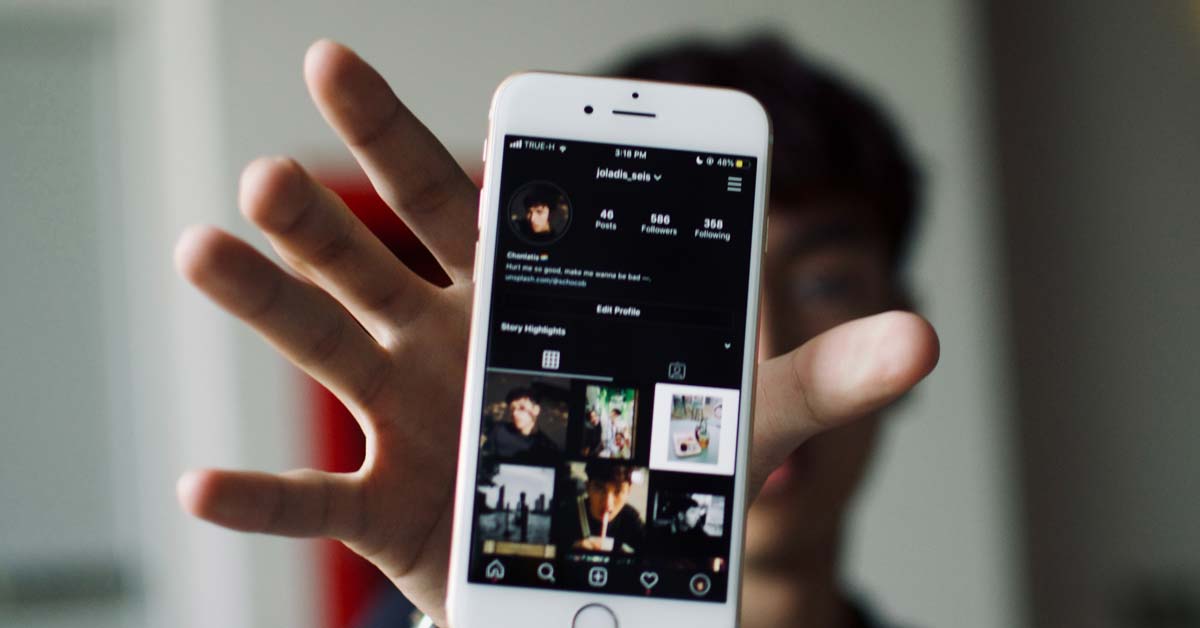 Do you plan to travel overseas? Do you have a smartphone rather than a flip phone? Do you want to pay by the month, or do you want a longer contract?

Many cell phone companies offer special plans for retired people, although sometimes other plans are the best choices. Plans from T-Mobile, GreatCall, and Republic Wireless provide excellent value for their price. There are a lot of things, including price, to consider.

You can get all of the features you want for less if you do a bit of research first. While you can save money if you sign a contract rather than pay each month, you might end up signing a long contract for a plan that is not a good deal. Doing a bit of research is worth it.

T-Mobile is one of those companies that offers a few different plans for customers over 55. The best and most expensive plan is the Magenta Plus Unlimited 55, which costs $45 for one line or $90 for two lines.

The Magenta plan has a long list of impressive features, including being able to stream video in HD, free Netflix for two screens in high resolution, unlimited talk/text/smartphone data, and a generous amount of 4G data in the U.S., Canada, and Mexico. Your data speed abroad is also twice as fast with the Magenta plan as with other plans.

While a contract is always cheaper, you can get the Magenta plan monthly without a contract. All three of the 55+ plans that T-Mobile offers have great customer service. All three plans also offer a T-Mobile Tuesdays App with free stuff giveaways.

Sprint also offers special plans for retired people. While Sprint's offer is a good deal, it is intended to get new customers to switch to the Sprint company. It is for new customers only - if you are already getting your cell phone service from Sprint, you are not eligible.

You can get two lines with unlimited talk, text, and data for $70, or for $80 if you do not want to sign up for automatic payments. Like the T-Mobile deal, it is quite good - you can save about $50 compared to what a similar plan would cost a younger person.

Streaming speeds may be more than fast enough for many people, but others might be disappointed. Video streams at 3G speed, which is DVD quality but no better, and music caps at 500 kilobits per second.

These speeds may be reasonably fast, but they are not the fastest available. If you want to stream games, the maximum speed is two megabits per second.

If you need higher music quality or faster game streaming, you can pay extra to get it. For only another $10 per month, you can get music streaming at 1.5 megabits and game streaming at eight megabits. Not everyone will need the faster speeds, as even the standard streaming speeds are reasonable.

Unfortunately, this plan is only for over 55s that live in Florida. If you have been living in Florida for a long time or have retired there, it is a great deal. You can get a two-line plan for $90, which is worth $140.

You will get unlimited talk/text/data plus standard definition video and unlimited usage of mobile hot spots. You cannot get video in high definition with this plan.

High-definition video from Verizon requires a more expensive plan that there is no over 55 discount for. If you live in Florida or have a Florida address, it is a great deal.

Not everyone with a cell phone uses their phone a lot. If you don't call or text very much and don't need much data either, then you need a cell phone plan that is very cheap as long as you don't use your phone very often.

Expensive unlimited plans can be a good choice if you will talk a lot and use a lot of data, but even with discounts for over 55s, they are not for everyone. With Ting, your monthly bill starts at only $6 and increases based on how much you use your phone. There are different usage levels, so you will pay more in months where you use your phone more.

If your usage is generally low and will vary from one month to another, Ting is quite a lot cheaper than an unlimited plan. While U.S. mobile offers enough flexibility that you can change your plan every month, it is simpler to go with Ting and have the company adjust your payments to your usage each month.

Ting is a bit less well known than some of the other companies we recommend, so you might be skeptical of their coverage. Ting's coverage is excellent, as the company partners with three of the country's four biggest networks. Whatever phone you have and wherever in the country you are, Ting is very likely to cover you.

Ting also allows you to set warnings and limits if you are using your phone more often than usual. You won't have to worry about paying a much larger than expected bill unexpectedly if you set up limits in advance.

You can also pay for as many or as few lines as you want with Ting. Each line costs a minimum of $6 per month. Ting can be an excellent deal for many people, although heavy users are better off with another company's unlimited plan.

Ting also does not believe in contracts. While you cannot choose to go with a contract and get a discount, you will never have to worry about cancellation fees with Ting. You will always pay for one month at a time, and all of your devices will be shared under a single account.

If you need four or five lines, AT&T may offer the greatest deal. At $35 per month per line for five lines, you can get unlimited talk/text/data, including to Mexico and Canada, plus a generous amount of data at very fast 5G speeds.

The second cheapest of the three packages they offer is the best deal for most people. It is very fast until you use up as much as 50GB of data, after which it may slow down, although it still won't slow to a crawl. You can also stream video in standard definition with the mid-priced option.

The AT&T plans are not as good if you do not want four or five lines. If you buy a single line, it costs $65 to $85 - a lot is included in the AT&T Unlimited Choice package, but it is not a standout deal.

AT&T also offers plans for tablets, plus a plan to turn your car into a wi-fi hotspot. The special packages are sold separately from their cell phone packages.

Republic Wireless is one of the best choices if you are looking for a lower-priced plan that lets you talk and text as much as you want. For only $15 per month per line, you get unlimited talk and text. If you pay by the year instead of monthly, it is even cheaper.

If you don't want to use a lot of data and only want phone calls and text messages, the cheapest republic wireless deal might be the best you can do. $15 per month for unlimited talk and text is an unusual and impressive deal.

You can also get data from republic wireless, and they also have more expensive plans with more features. Data will cost you $5 per gigabyte if you do not buy a plan that has data.

The more expensive plans are worth looking into, even though the cheapest plan is what stands out. For $20 a month, you can use your phone and your data to create a hotspot, and you will get 1GB of data.

There is also a $25 per month option with 2GB of data. All of the plans are cheap; there are no much more expensive plans with fancy features. All three plans offer a home phone service as well.

If you want a lot of features and will pay $50 for a single line, boost mobile has a lot to offer. You get boostTV, a streaming television service where you can stream videos on demand for free. You will also get unlimited talk and text, plus 4G data on the LTE network.

While Boost mobile does not have its own network, the sprint network that Boost mobile uses works all over America. You will never have to worry about poor coverage.

Another great thing about Boost mobile is that it rewards long term customers. Sometimes, they will give you a cheaper monthly rate if you make six monthly payments on time. You can also download a boost perks app to get special deals.

Boost mobile can also be a good choice if you want to buy more than one line. Every line after the first one costs you $30 rather than $50. You can get five lines for only $170.

Consumer cellular is inexpensive, and its plans are easy to understand. It is a good choice for people who are not very tech-savvy and are looking for a cheaper plan.

The lower level plans do not offer unlimited time, so they are not for people who want to make a lot of phone calls. For $20, you can get 250 minutes per month.

Rates for data are better than rates for minutes. The $27.50 per month option offers 10 gigabytes worth of data. You can also get unlimited data for $37.50 per month.

With some companies, you will get billed quite a bit of money if you use more data than your plan allows. You will get charged for data at way more than the normal cost if you use too much data.

With consumer cellular, this won't happen - you will only be moved to a more expensive plan if you use more data. The company is honest. You can also get more lines for only $15 per month per line, and you can share data between different lines.

We love planning for retirement. It's somewhat of a hobby, and we want to share what we've learned with you.

Over the years we've found the best ways to live, how to travel, take on new hobbies and give back.

Happiness in retirement is the main goal, and having the right information allows us (and you) to achieve that. 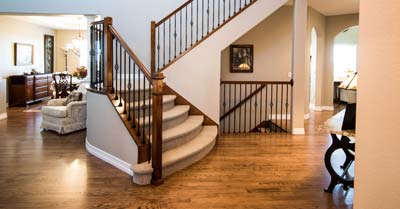 Best Stair Lifts - A Complete Guide (With Our Top 5)

A stairlift is, without a doubt, one of the best tools for maintaining your independence after a serious injury or in the face of aging. 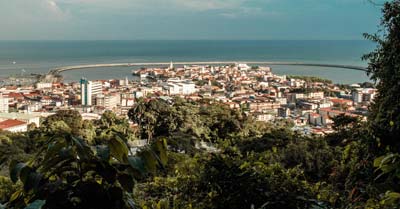 5 Best Countries To Retire To

For many Americans, one of the best strategies is retiring abroad. But which are the best countries to retire to? Well, let's find out. 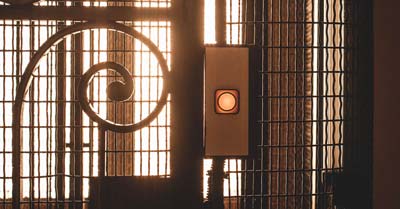 While it may be tempting to look for simpler options such as selling your property when a family member has difficulty with mobility, installing a home elevator can be one of the best moves. 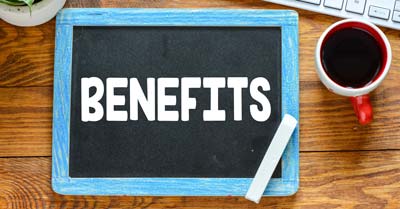 What Benefits Do You Get at Age 55?

Many benefits accompany your 55th birthday. These benefits are available in almost every facet of life from health, finances, transportation, education, travel, and everyday purchases. 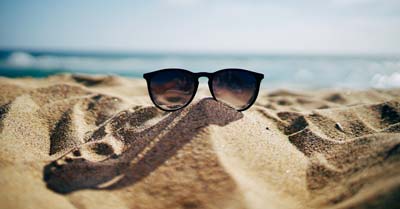 What Do You Need to Do to Retire?

Retirement is an involved process that often evolves. The most important thing is to have enough finances to sufficiently fund your retirement.