Can Senior Citizens Be Jailed? 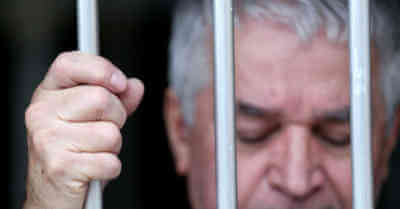 Crime has no age limit. The law is equal for all, be it young or old, but can senior citizens be jailed? If so, what's the worst that can happen to them?

Just because someone is in their senior years doesn't mean that any charges against them should be dismissed, especially if the crime they're being accused of is dangerous. However, most seniors generally have medical conditions that often make people wonder if senior citizens can be jailed if they violate the law or commit a crime.

The simple answer is yes, senior citizens can be jailed. No law exempts the sentencing of seniors. However, depending on the severity of the crime, the court may show some leniency and reduce the punishment or waive off the charges altogether when there’s a possibility for it.

The court might offer mercy and compassion to senior citizens when they commit a crime. However, that doesn't mean that seniors can get away with just about any offense they commit. Senior citizens can definitely be sent to jail. If they've committed a hideous crime like murder, there's absolutely no reason for the court to show any form of leniency. However, the court considers various factors before declaring punishment for the elderly, the most important being their health condition.

Based on our experience in different trials and court cases, we can say that age does play a role in determining the sentence for senior citizens. But let's talk more about that in detail.

‍What Does the Law Say?

The first and the most important factor to consider when we talk about whether senior citizens can be jailed or not is what the law says about it. This may come as a surprise to you, but the law doesn't have any specifications for elderly criminals and law offenders that have been quoted separately. The law stands equal for all, and nowhere in the law is the age of the criminal a reason to show mercy.

The age of the criminal didn’t stop them from committing the crime, did it? So, why should it tell the court to make arrangements for them?

When a criminal is presented in court, the judge must see past all the factors that may blur their outlook, including age and health. That's what the law is all about. However, mercy and compassion are something the judge can offer if they believe that’s the right thing to do.

Determining Punishment for the Elderly

Determining the punishment for the elderly can get really difficult for the court. On the one hand, they've got to consider the offense they did, and on the other, they've got to consider the health condition of the criminal. Although the law doesn't require them to, the system does feel inclined to declare the least possible punishment for seniors.

According to several studies and surveys, the rate of elderly criminals who've been set free for minor crimes based on their age getting rearrested for the same or other offenses is quite low. It shows that elderly criminals aren't really a huge threat to the safety of the state and its residents. If a senior citizen has been arrested for a not-too-serious offense like shoplifting or a minor car accident, they may be set free after being charged a penalty or fine or even a few days of jail time. Sometimes their charges may be waived off completely.

However, if the offense is serious, like murder or the sexual assault of a minor, setting the criminal free puts the safety of people at stake, which is why the court can't waive the charges. In such a case, the senior citizen will be charged for their crimes and be sent to jail.

Other situations where showing leniency to the criminals based on their age isn't a possibility, and jail is an inevitable option when the criminal has a history of serious offenses like rape, sexual assault, and child abuse. Such criminals may know no bounds, and they may do it again if they're set free.

What Factors Does Court Consider in Cases Involving Senior Citizens

Like we said before, the law is unbiased and is the same for everyone, regardless of age and sex. However, the judges often show biases towards elderly criminals. However, they only do so when they're absolutely certain that their decision won't put anyone's safety at risk.

Let’s have a look at some of the factors that the court considers when deciding on punishment for senior citizens:

The severity of the crime is the first and foremost factor. If the criminal has committed a serious crime like manslaughter or rape, no matter how aged or sick they are, they'll be sent to jail to serve a sentence just like a younger criminal. However, if the severity of the crime isn't high and the criminal doesn't look like they'll do it again, the court can consider letting them go.

The health condition of a criminal is an important factor when determining whether or not to send an elderly criminal to jail. Let’s say the criminal needs round-the-clock mobility assistance or needs to be at the hospital frequently; the court may make certain arrangements instead of sending them to jail. They may keep them on parole and under surveillance. However, if the criminal is dangerous and they may harm someone if they’re let loose, the court may make arrangements for their treatment inside the jail.

What Leniency Can the Court Show to Senior Citizens

You may want to know what leniency the court can show to elderly criminals if they aren't dangerous. Some of these relaxations include:

All of these relaxations won’t be an option even if the committed crime is too big to be forgiven or overlooked. That’s one thing that the court has to ensure before they can start looking into their options to favor an elderly criminal.

What Does Shorter Jail Time Mean for Senior Citizens

This is one of the many reasons why senior citizens are seldom sent to jail. However, we've said this multiple times before, and we'll say it again – a reduction in punishment is an option only when the crime isn't too heinous or serious and if the criminal doesn't pose harm to the people around them if they're set free. If the court isn't certain of these things, jail is inevitable, even for senior citizens.