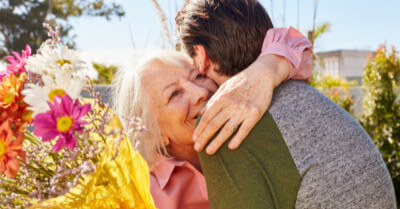 ‍As a senior citizen, there may be some limitations around what you can do due to age and biological factors. Organ donation is one of them. Can senior citizens donate organs?

Many senior citizens end up ruling themselves out as potential organ donors. Due to the assumption that their age or their health status, they think they are not eligible as organ donors.

There is no age limitation around who can donate organs. While senior citizens do tend to have more health issues, these are not deal breakers when it comes to organ donations, and even an ill person can donate a healthy organ without worry.

However, while there aren’t any limitations by law, there can be some concerns around organ donations that you would want to consider if you are a senior citizen.

Based on our research on the topic, we considered all the aspects of organ donation for senior citizens and collected them together in one place.

At an event held by the National Kidney Foundation of Michigan, about 37% of their audience, composed mainly of adults over 50, said they intended to be organ donors. Many senior citizens may be driven to donate, but may fall victim to the misconception that they are too old or too unhealthy to make the donation.

However, this is not the case. While health is important, the health of one organ does not necessarily mean that another is also unhealthy – for example, someone may have failing kidneys, but their liver may be working just fine.

Who Can Be An Organ Donor?

In the United States, all adults above the age of 18 are eligible to be organ donors. In some states, even those under 18 can donate. The decision is made by the doctor at the time of death based on the condition at the time of death. If a person is under 18, they would need permission from a guardian.

While there may be laws around the minimum age, there is no maximum age. The health of the organs is what is most important in regard to organ donation. Since these organs can be used to save lives, it is very important that the organ be a healthy one. However, if a person is sick, their doctor will decide if their organs can be donated or not.

How to Be an Organ Donor

The process for organ donation is a simple one. You can sign up online, or visit your state motor vehicle office. As a senior citizen, it is best to let your family and heirs know about this decision beforehand. This way you can avoid any conflict around the subject after your death and keep your family from being too surprised.

Most states will give you the option to choose which organs you want to donate. You can pick specific ones, or even everything that’s usable. It is best to check with your state to make sure you know beforehand what you’ll be donating.

You can also remove your organ donor status at any time. If you no longer wish to donate organs, you can update your status at your state’s site, and make sure you’re removed.

You can attribute this to the fact that many people who are eligible for organ donation don’t know they are eligible because of misconceptions around limitations – such as for senior citizens.

While many people will sign up as organ donors for after their death, there are plenty of living organ donors as well. This means that they donated an organ that they are capable of living without – such as one kidney, or part of their liver or bone marrow.

This can be a positive emotional experience, since this donation could be a lifesaver. It may go out to a family member, or even a stranger – but the act of donating an organ can be an enriching one.

Living donations do not usually have a major impact on the donor’s life expectancy or their recovery. However, there can be things to remember – especially as a senior citizen who has greater health concerns.

Effect on the Body

Depending on the organ donated, your body will change to adjust. For example, for kidney donors, their remaining kidney may enlarge to carry out all the work, while the liver will fully regenerate. Lungs and pancreas do not have this ability but many organ donors do not face any trouble with the reduced functionality.

This is true for healthy donors, but there may be some issues for senior citizens who are much more prone to health concerns than younger, healthier donors. Though your doctor would make a full, accurate assessment to make sure that you are capable of donating and remaining healthy, there is always the small chance. This is not usually a problem, though, and the likelihood of facing trouble based on bodily changes is low.

Because surgery is needed to make the donation, these surgeries can pose risks. Surgical complications can cause trouble – from simple things like pain to more serious problems like blood clots, injury or in some extreme situations, even death.

But because transplant surgeries are becoming more common and the technology for it is advancing, this problem is reduced and the risks involved with surgery is decreasing.

There is also the risk that the living donor may face organ failure during their lifetime. If a kidney donor has only one kidney, the danger of kidney failure becomes very high. Again, doctors will usually point out such problems before the donation itself. If a donor is at risk of organ failure due to other health circumstances, they will most likely not be allowed to donate the organ to begin with.

Liver transplants may cause other problems – for both, donor and recipient – than kidney transplants. For example, there may be some wound infections, hernia or bleeding. Some intestinal problems may arise due to tears or blockages. For senior citizens, these are more probable concerns.

The important thing to remember is that you are not the only one making the decision to donate. There will be a doctor and a health team behind you, who will make sure that the decision to donate does not pose any risks to your health, or the recipient. If there is any problem, you will be told.

So, while there may be limitations due to health reasons, there is no limit on age. Senior citizens are encouraged to donate organs when they can, due to the shortage of organ donors available in comparison to those in need.

As a senior citizen, you should consider the positives of signing up for organ donation – whether it is after your death, or while you’re alive – and make a decision based on that.