How Old Was Brett Favre When He Retired? 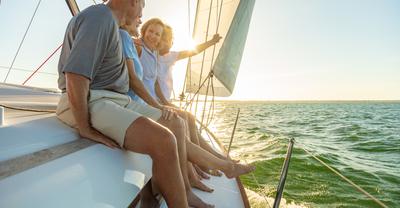 Many followers of Brett Favre are often curious about what age he was when he retired, but the answer is not as simple as you might think.

Football is an intense sport that takes tons of commitment, and often we are left wondering how certain players, like Brett Favre, can last for all the years they do and what it is that eventually brings them to retire.

Brett Favre was 41 years old when he retired, after having experienced many career successes, retiring and then coming back to the NFL, and finally sustaining enough injuries that made him retire for good.

Athletes like Brett Favre don’t come around very often. It makes sense that we find ourselves fascinated with the facts of their life, the background to their success, and what eventually caused them to decide to retire from the sport they loved. After many successful and interesting seasons of football, Brett Favre’s age at retirement and the story behind it sparks interest in any true football fan.

Growing up in Colorado, I have always been a football fan, spending many Sundays cheering for and crying over my beloved Broncos. I have followed Brett Favre’s story from the time he lost to the Broncos during Super Bowl XXXII after a nail-biting game. Let’s learn more about this player of great skill, his career, and what led to his eventual retirement at 41 years of age.

‍How Old Was Brett Favre When He Retired?

To have a successful career in the NFL, a professional football player needs to have exceptional talents and tenacity, and even then, it’s a career that doesn’t come easily.

That means that less than 2% of all players who are looking for a spot in the NFL are going to get one. Those are some tough odds for someone who has hoped throughout their entire career to play in the big leagues.

Even more amazing is that – even if a player gets drafted – they won’t usually play for long. In fact, the average NFL player will only play three to four seasons. After that, retirement is usually imminent, in large part due to the excessive physical and mental toll the sport will take on a player’s body.

Brett Favre is one of the rare exceptions to that statistic. Retiring at the age of 41, Brett Favre played a total of 20 seasons throughout his career, an amount almost unheard of for the average football player. (And remember…to make it to the NFL, there is nothing average about that!)

So what led to his ultimate retirement? Let’s look more closely at his career and the factors that led up to him retiring at 41 years old after that 20th season.

Brett Favre’s careers started when he graduated from Southern Miss and was drafted by the Atlanta Falcons in 1991.

During the 1991 draft, Favre was picked by the Falcons during the second round but only spent one season there since he saw little playing time and was unhappy with his backup position on the team.

He was then traded to the Green Bay Packers and ended up spending 16 seasons playing for the team, his longest time at one team in his entire football career.

Amongst his many successes at Green Bay, Brett Favre took the team to two Super Bowls and helped them to win Super Bowl XXXI against the New England Patriots. It was the first Super Bowl win for Green Bay in more than 3 decades, and Favre was given most of the credit for that success.

Favre went on to be traded to the New York Jets but only played one season with the team.

His career ended at the Minnesota Vikings, where he played two seasons and took the team to win a division title during that time.

2. Brett Favre Retired, Then Came Back to the NFL

Though he has not been the only player to do so, Brett Favre has retired from the NFL more than once in his career.

In 2008, Bret Favre announced his retirement from the Green Bay Packers, after 16 seasons of playing with the team. The Packers were planning to also retire his jersey (#4) at the beginning of the next season, but plans changed when it became clear that his retirement was going to be short-lived.

The next season opened with Favre playing for the New York Jets. This position was not to last, however, as Favre realized he had torn a bicep in his right arm and would not be able to continue to play.

Eventually, the Jets released Favre from his contract, and he signed with the Minnesota Vikings, where he ended his professional football career once and for all, announcing his real retirement after only playing for the franchise for two seasons.

After 20 seasons of professional football and many years of playing before that, Brett Favre has said that much of his final retirement decision came down to the injuries he had sustained throughout his career.

From torn bicep muscles to shoulder separations to spurs in his heel, Brett Favre’s body has definitely taken much of the toll of years playing competitive tackle football. But, it was his post-retirement period when he came to terms with the fact that much of his increasing memory loss was most likely attributed to having suffered multiple concussions throughout his career.

Now, there are rules in place around the protocol for a player sustaining and then playing with a concussion. But, many of those rules didn't start until after Brett Favre retired from the sport, meaning that his head injuries more than likely have led to his admitted memory loss issues and ultimately helped him make the decision that – after 20 seasons with the NFL – it was time to retire his jersey for good.