How Old Was Peyton Manning When He Retired? 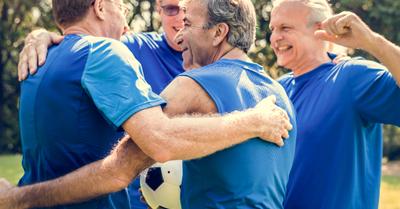 If you’ve ever wondered how old Peyton Manning was when he retired, the answer is pretty straightforward, and the reasons around it are quite interesting.

Watching Peyton Manning’s career evolve is a favorite amongst many football fans, as he has proven what hard work and dedication can do. But how long was he able to do it for? This is a common question that most of us want answered.

Peyton Manning was almost 40 years old when he retired from football after playing in the NFL for 18 seasons, winning 2 Super Bowls, earning over $30 million by the time he had retired from professional football, and being offered a job as a football announcer after his retirement.

Any athlete who has had a career like Peyton Manning’s is intriguing to us. His accomplishments are many, as are some of his sacrifices to get to where he was before he retired. And, given his age when he finally retired, his story is an inspiration for all of us.

Having grown up in Colorado, I was thrilled when Peyton Manning came to the Denver Broncos, but wondered if he would be able to continue to perform on the same level as he had been, given his age. I have followed his career ever since then, and I think it’s one well-worth learning more about, as he is not only an accomplished athlete but a stand-up human being as well.

‍How Old Was Peyton Manning When He Retired?

Watching our favorite football player’s careers play out on the field and in the media is fascinating, especially given how hard many of them train their bodies and how many sacrifices they must make. In fact, the average career length for most professional football players is only a little over 3 years.

The ability to maintain a career much past that is a challenge, even for athletes who have trained for this type of sport their entire lives. Whether they have sustained injuries, have battled personal issues, or struggle to be chosen as a draft pick that will then get the salary negotiations they are hoping for, playing for the NFL much beyond a few years is not common.

To be able to make it through several seasons is impressive. But to extend that playing time to decades is almost unheard of.

So there is no wonder we are all fascinated by the career of Peyton Manning and how old he was when he finally retired.

Let’s look more closely at this famed athlete’s career and what age he was when he finally retired from the sport of professional football.

1. Peyton Manning Played For the NFL for 18 Seasons

Born in 1976, Peyton Manning is one of the most widely celebrated quarterbacks throughout professional football history.

The son and brother of men who were also NFL quarterbacks, Manning started his football career playing college football for the Tennessee Volunteers.

He was chosen as a first draft pick in 1998, the year he graduated. He then spent 14 seasons playing for the Indianapolis Colts, which comprised the majority of his career, an amazing amount of time for a football player to be on the field.

Peyton Manning was eventually traded to the Denver Broncos, where he played as starting quarterback for 4 more seasons.

It was while with the Denver Broncos, that Peyton Manning announced his retirement, just shy of his 40th birthday.

In addition to an almost unheard-of career as a professional quarterback, Peyton Manning also won two Superbowls during his significant career before he retired at almost 40 years old.

Peyton Manning was instrumental in getting the Indianapolis Colts into two Super Bowls during his time on that team, and they eventually won Superbowl XLI which was played in February of 2007.

Another achievement for Peyton Manning before his retirement was winning the Most Valuable Player award at that Superbowl.

It was not long after Super Bowl 50 that Peyton Manning announced that he would be retiring before he turned 40 years old, making him one of the oldest quarterbacks ever to have still been playing for the NFL late into their thirties.

3. Peyton Manning Earned Over $30 Million By the Time He Retired

It may be hard to believe, but throughout his 18-year career, it is estimated that Peyton Manning made a total of over $30 million which included not only his yearly salary and bonuses but also multiple endorsement deals of all sorts.

Retirement at age 39 must not have felt too difficult, given the amount of income he was able to earn throughout his almost 20-year career.

He has also gone on to secure plenty of endorsement deals, with companies such as Gatorade, Nike, and Nationwide Insurance.

He is also the owner of multiple Papa John’s pizza franchises throughout and around the Denver, Colorado area.

4. Peyton Manning Was Offered a Job as a Football Announcer After His Retirement

Finally, even after many years on the field, 2 Superbowl wins and plenty of retirement income, Peyton Manning is spending that retirement doing something he still loves – talking football.

In a deal with ESPN Sports, Peyton Manning joined forces with his also-legendary football-playing brother, Eli Manning, to host a Monday night football broadcast on the network.

It’s hard to imagine two players that know football, as well as these brothers, know the game, and now that they are both retired, fans are excited about getting to hear their commentary and advice to those who are still playing on the football field. So, even though he may have retired at 39 years old, clearly Peyton Manning is still going strong.