How Old Was Winston Churchill When He Retired? 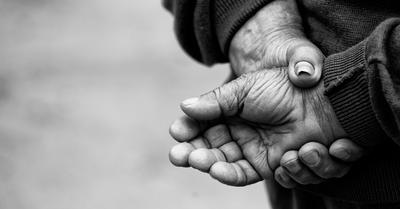 Anyone who is a fan of historical figures has at some point wondered what age Winston Churchill was when he retired.

History has given us many important and memorable leaders, and Winston Churchill is clearly one of them. His years of governmental service are impressive and many consider him to be one of the greatest public speakers of all time. Learning more about his years of service and his eventual retirement has intrigued many historians and individuals throughout time.

Winston Churchill was 81 years old when he retired as prime minister of England in 1955, after having served in the military, serving as a governmental member, and shepherding his country through World War II.

Spending some time delving into the lives and careers of some of history’s most notable figures can not only be educational but inspirational as well. A prominent person like Winston Churchill is well worth learning more about, since his accomplishments and leadership not only made a lasting impact on the world, but continue to be relevant today. His age at retirement is a testament to a life well lived and how valuable his leadership was to not only his country but the world as well.

I am an admitted history buff, and my real obsession is with World War II and the leaders who were in power during that time. I have always found Winston Churchill to be a historical power figure whose life and career is well worth exploring and celebrating.

‍How Old Was Winston Churchill When He Retired?

Born in 1874, Winston Churchill was the oldest child of his father, who was also a politician, and his mother, who was from a wealthy American family.

Churchill is said to have been close to his mother, but to have always had a bit of a distant relationship with his father.

Many have speculated throughout history if his difficult relationship is what led him into politics, or if it was something else. Let’s look more closely at his years of military service, his time as a governmental leader, and what led to his eventual retirement at the age of 81 years old.

1. Winston Churchill Served in the Military

At the age of 19 years old, Winston Churchill was accepted into the Royal Military College as a cadet.

He had attempted to be accepted as an infantry man, but was rejected, which resulted in his father’s great disappointment. Though he was eventually offered a spot in the infantry, he decided to stick with the cavalry unit, as he saw it an opportunity for faster promotions and a way to eventually rise to the leadership positions he yearned for, that would help him prove himself to his father and lead to positions in government, his true and ultimate desire.

While in the military, Winston Churchill excelled quickly. By 1895, he was granted a lieutenant’s position and spent time in Cuba, India, and Africa, where he not only saw military action, but gained respect and fame for his writings about the events in each place.

As a military correspondent, his passion for writing grew, and his interest in politics did as well.

Though he would go on to serve in military posts throughout the next several years, his true interests began turning to politics, writing, and speaking engagements in various cities and countries around the world.

2. Winston Churchill Served in the Government

At the young age of 25 years old, Winston Churchill was already making a name for himself on the governmental stage.

In the 1900 general election, Churchill won a narrow election and became a member of the parliament and by 1901 he had a seat in the House of Commons. Though he began his career as a conservative, he eventually defected from the party and crossed the floor to take a seat with the liberal party, and by the time he turned 33 years old, he was the youngest cabinet member that England had seen since 1866.

By 1911, Winston Churchill was in charge of the British Navy, but his political career took some twists and turns and he ended up back in the army for a period of time when he lost an important election.

During World War I, he saw a fair amount of military action, but by the end of the war, he was back to serving in the government, writing about politics, and being continuously elected to more prominent positions by his party which found him to be well-suited for leadership.

When World War II began in 1939, it became evident to the people of England that they needed a person who had not only military experience but had strong beliefs and knew how to lead citizens as well as an army through a time that was going to be difficult.

Thus, by 1940, Winston Churchill had been appointed prime minister of England, the highest political position to be held.

World War II was a long and bloody battle that lasted for six years. During that time, Winston Churchill proved to be a powerful and important leader, not just for England, but for the world at large.

Churchill has been celebrated for his many inspiring speeches that gave the world hope and strength against the Nazi forces.

In 1945, England and its allies won the war, but Churchill lost his seat as prime minister not too long after that. He would go on to be re-elected but eventually retired in 1955 when his health began to deteriorate, and he knew that it was limiting him from being able to serve his country as well as necessary.

Throughout his retirement, Churchill continued to write and make public appearances, encouraging some of the world’s most prominent leaders. In 1965, Winston Churchill passed away at the age of 90 years old.