Do Retired Presidents Get Paid? 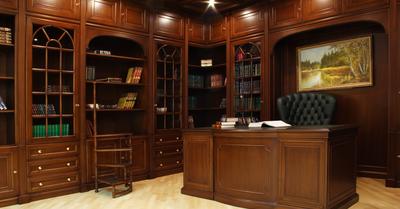 ‍If you’ve ever wondered what type of salary presidents get paid after they leave office, there are some interesting facts and figures that may surprise you.

Retired past presidents do get paid through a variety of means, such as yearly pensions (that last for the rest of their lives), funds for ongoing expenses, and funds for speaking engagements and other lucrative opportunities.

I have always been fascinated with the personal lives of presidents, especially with what happens to their lives after they’ve served in the White House. It’s always been a curiosity of mine to read about and learn how different presidents continue to earn an income and whether that income is from taxpayers’ dollars or things they choose to do on their own. Let’s explore both and dive deeper into how a United States president gets paid, long after they have left the office.

During their time in office, a current United States president receives an annual salary of $400,000 a year, plus other financial perks, such as a $50,000 expense allowance and additional sums for travel and entertainment.

Presidents also don’t have to pay to live in the White House and they (and their families) get a $100,000 stipend to redecorate however they choose.

Though this might all sound like a lot of money to most of us, there was a time when many presidents left the White House with little to no financial support. In fact, when President Truman left office, it is believed that he and his wife were practically broke.

It was then decided that past presidents should also receive ongoing monetary compensation after their time in office is over.

In 1958, the Former President’s Act was signed into existence, making it a law that every United States president will receive compensation after their term in office is finished.

Like most federal employees, past presidents receive what’s considered a pension, and that pension is something they will receive for life.

But what exactly makes up a past president’s financial compensation is more than just a straight pension. There are a number of other perks and lucrative opportunities that go along with being one of the few Americans who have held the highest office in our country.

1. A Past President Will Receive a Yearly Pension

For any past United States president, a large portion of what they get paid comes in the way of a pension.

As mentioned before, this pension is based on the Former President’s Act of 1958 which allows for a president to receive ongoing financial support throughout the remainder of their life.

Here’s the interesting part…how much they get paid through that pension is based on what the current salary of the Presidential Cabinet at the time of their retirement.

Members of the Presidential Cabinet include the highest-ranking officials, after the president. These are positions such as vice president, Secretary of State, Secretary of Defense, and Attorney General among others.

For example, when President Obama left office, he was given a lifetime pension of just over $200,000 which was based on the salaries of current Presidential Cabinet members.

Other past presidents who have received lifetime pension amounts of over $200,000 have been Jimmy Carter, George Bush I, George Bush II, and Bill Clinton.

And though a pension of over $200,000 a year sounds quite impressive, that’s not all that our past presidents receive.

In fact, depending on what other lucrative opportunities they have, their $200,000 pension could actually pale in comparison.

2. A Past President Will Receive Funds for Ongoing Expenses

In addition to a yearly pension, past United States presidents will also receive other means of income that is earmarked for specific items that a president will continue to need.

For example, a current past president is paid money to maintain the appropriate amount of support staff, to keep office space, and for travel expenses related to any official responsibilities or ongoing duties the past president may have.

All of these extras result in a president being paid around $150,000 a year for the first three years after his presidency is over.

After that, a president is paid a bit less than $100,000 to maintain these responsibilities.

Another large expense that is paid annually to a past president is for ongoing secret service detail.

And, if a past president has been enrolled in the Federal Employees Health Benefits program for at least five years, they and their spouse will also receive health care benefits also for the rest of their lives.

Some people may argue that this seems unfair, that these extra expenses should come out of a president’s pension and not be in addition to that generous amount.

Others say they believe that a president would not typically need these items if it weren’t for the fact he or she had held the presidential office, and therefore these items should be paid out separately.

In either case, a past president’s compensation clearly adds up to more than just the upwards of $200,000 they receive each year in pension dollars.

3. A Past President Will Receive Funds for Speaking Engagements and Other Lucrative Opportunities

In addition to a pension and monetary compensation for certain expenses, past presidents also have the ongoing opportunity to engage in other projects that will also add to their finances.

Many past presidents have gone on to make an impressively large amount of money through various speaking engagements, from giving commencement speeches at colleges and universities to lending their voices at political rallies and fundraisers for a variety of causes.

It is reported that Hillary Clinton has received over $22 million for her speaking engagements since she resigned as Secretary of State.

George W. Bush is considered one of the most prolific speakers and can earn over a million dollars for just one speech.

There are plenty of other lucrative opportunities for our past presidents to consider as well.

From writing bestselling books to spending time as professors at various universities, there seems to be an endless supply of income-making avenues for past presidents to explore.

Yes, receiving a pension of over $200,000 a year is helpful for a past president’s financial security. But there are lots of other ways that having been president pays off as well.