How Old Was Steve Young When He Retired? 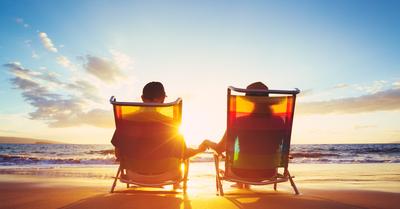 Anyone who is interested in the impressive football career of Steve Young is probably curious about his age at retirement and the history behind it.

It’s not only entertaining to follow the careers of our favorite football players, but it’s inspirational as well. A player like Steve Young is a fascinating one to read about since his successes are not only impressive, but his long career and multiple hurdles he overcame are as well.

Steve Young was 38 when he retired from the National Football League after a long career of 15 seasons, multiple Super Bowl wins, and so many concussions that he finally had to retire from playing professional football for good.

A career like Steve Young’s makes us intrigued, especially when we know how rare it is in a sport like a football. To rise to the level, he did and to be able to continue to play, and setbacks leave us wanting to know more about him, how old he was when he decided to leave the game, and what were his ultimate reasons for doing so.

As an avid football fan, I enjoy digging deeper into the backstories of some of my favorite players. Steve Young has always intrigued me since his journey to football fame was not an easy one, and he had to make big decisions along the way. His perseverance, talent, and attitude make his story a fun one to explore, and his late retirement age is a testament to him as a player and person.

‍How Old Was Steve Young When He Retired?

Watching professional football is a favorite pastime for many Americans, and it’s no wonder. The level of skill, talent, and tenacity that these players must execute is mind-blowing, not to mention how strong their mental and emotional health must be as well.

Most NFL players won’t stay on the field for more than about four seasons. Whether it’s an injury that drives them to retire, or just younger, faster, more talented players coming up through the NFL draft picks, a typical NFL player will usually be off the field long before their 30th birthday.

And let’s not forget…to even get to the point of being chosen to play in the NFL at all is a feat in and of itself. Every year, thousands of new college graduates are hoping to get drafted to the NFL. But, even many of the best don’t make it.

So it’s no wonder we as fans are fascinated by the players who have careers that end up spanning decades, sometimes keeping them on the field way past that 30th birthday. How these superstars do it is still a bit of a mystery, but digging deeper into their story is a fun way to try and figure out what they seem to have that no one else does.

Steve Young is one of these superstars, and his career highlights, successes, and ultimate retirement reasons are all part of his stardom. Let’s dig deeper and see what we can discover about this well-celebrated athlete.

1. Steve Young Had a Long Career of 15 Seasons

Though many were shocked by this decision, it was one of many that Steve Young would make in his career that went against other people’s expectations.

After playing for the Los Angeles Express for a couple of seasons, Young began to get dissatisfied with the way the team was being managed and decided to leave the team and the USFL altogether. He became the first draft pick for the Tampa Bay Buccaneers in 1986.

During his 13 seasons with the San Francisco 49ers, Steve Young saw the majority of his impressive success while playing for this franchise.

Though he began his tenure with the 49ers as a backup quarterback to the already-famed Joe Montana, Young quickly gained traction and attention as his career advanced.

He was also named MVP after his Super Bowl XXIV win against the San Diego Chargers.

3. Steve Young Had So Many Concussions He Had to Retire From Football for Good

During the later years of his career, Steve Young was plagued by a series of injuries that began compromising his ability to play the sport to his full ability, from torn ligaments in his arm to an ankle injury that kept him out for a series of games when he was in his 13th season.

But it was the trauma from multiple concussions throughout his career that eventually led Young to decide to retire. After having suffered seven concussions (two in one season), he began to worry about the long-term effects these types of brain injuries would have on his overall health.

Young, along with many other well-known retired athletes in the football world, has been vocal in the media about the consequences that can result when a player continues to play after being diagnosed with a concussion.

He has expressed concern about his own memory loss and long-term health and has attributed it to his eventual retirement at the age of 38 years and after 15 seasons of playing professionally.