What Does Being Retired Mean? 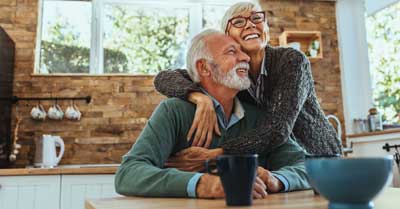 What does it actually mean to be retired? And how can someone possibly cope with this new phase of life having been a professional all their lives?

What it means to be retired is to be completely out of the labor market after reaching the age threshold provided by the Social Security Administration, starting to live off retirement benefits and partaking in leisure events.

But in reality, retirement is much deeper than just a dictionary meaning, it is a way of life and people will experience it in different ways. This is why one has to look at it from various perspectives.

The topic of retirement may actually be more relevant to everyone's life path than it might seem at first.

One of the most immediately striking things about retiring has to do with how many people will go out of their way to congratulate you for it. Part of this is coming from the inertia of simple social conventions since we tend to say congratulations at times partly because that is just what we are supposed to do.

However, another deeper part is coming out of people's genuine happiness for you as you have managed to obtain something most people really yearn, the chance to lay aside the storm and stress of daily labors, and not merely for a weekend or a vacation, but as an entirely new and abiding pattern for life.

But on the other hand, retirement is also somewhat of a challenge even for those who have already taken care of their finances and practical needs well ahead of time. This is because it is all too easy to underestimate the sense of meaning we get from our work, how it provides us with a purpose for our days, as well as an orientation to the world and even an overall sense of who we are in the process. So retirement being a good thing or a bad thing is just what you make out of it.

What are The Challenges of Retirement?

According to Victor Frankl's, the most fundamental force in human affairs doesn't actually consist of any sort of will to pleasure or even happiness, instead, our most fundamental motivation is toward meaning which we conceive in terms of striving to attain worthwhile goals as well as struggling to contribute something significant to the larger run of life even if doing so involves a fair amount of discomfort, pain, and unhappiness.

Of course, it may be a wonderful socially sanctioned fantasy to dream about lounging around listlessly for the rest of our lives, but according to Frankel, that is not what the good ultimately satisfying life is all about.

It just seems that way because so many of us feel overly burdened, taxed, and depleted to desires that are not really our own.

But as Frankl observes, genuine fulfillment is not about existing in a tensionless state. In reality, fulfillment is somewhat stressful enough so that we actually have to strive for things. In other words, the good life involves a meaningful tension between what we have done with our lives and what remains undone, between what we are and what we could be in this world, and that doesn't go away when we reach our 60s and beyond.

In that regard, the challenge of retirement is basically about balance, on one hand, it's not about being overly stressed especially by having to fulfill other people's desires all day long. But on the other hand, it's not about a lack of stress either because that would be tantamount to a lack of meaning in our lives. Instead, it's about learning to dwell in the middle ground between those two extremes which is probably where most of us would have wanted to be all along.

But attaining that kind of balance is not necessarily easy when we have become accustomed to being overly stressed by the work world in various ways, and then suddenly thrust into a retirement that doesn't offer us much meaningful tension at all.

A big part of the challenge has to do with finding a new source of meaningful tension, some new goal to be pursued, and some new way of contributing to the larger order of things. But of course, that means that when we are no longer driven by the spurs of pure practical necessity, we are actually going to have to choose a meaning for our existence rather than simply deferring to one that is more or less automatically there for us.

How Does Retirement Affect Physiological Shift?

The psychological shift of retirement has to do with moving from a set of externally imposed extrinsic motivations to ones that are much more intrinsic in nature, and that consequently have to do with fulfilling the inherent value of our involvements and ultimately our lives.

The question is if we reach a point in our lives when we can be any kind of person filling our days with whatever we decide, then what would our lives start to look like? However as existential thinkers like Jean-Paul Sartre have noticed, when it comes down to it, freedom and the sense of responsibility that comes along with it are actually mixed blessings. In fact, most of us do everything in our power to avoid being free and usually prefer various states of enslavement to have to decide for ourselves in a responsible way.

For instance, we often disown our fundamental freedom and responsibility by making excuses for ourselves. We blame other people for problems that are ultimately of our own making, or perhaps we attribute them to more systemic conditions in our world, all of which is sometimes known in clinical psychology.

When we are desperately and indignantly trying to blame other people for our problems, what we definitely don't want is to be reminded that the main variables that determine the quality of our lives actually have to do with our own choices, as well as our own willingness to assume responsibility for them.

Sartre calls those sorts of evasions and duplicitous maneuvers bad faith, and they are extremely common in human affairs which we easily notice if you just turn on the news for a few minutes these days.

What are the Possibilities following Retirement?

Perhaps a more immediately relevant example of bad faith with respect to the issue of retirement would have to do with our relationship with money, and hence with our desires for immediate gratification all of which is crystallized in the all too common phenomenon of living with high levels of debt.

For instance, most of us probably realize at least nominally that retirement will eventually become a very practical issue in our lives. Yet, that realization doesn't seem to dissuade us very often from accumulating high levels of debt which, of course, is a big part of what keeps us chained to the work.

However, the most valuable thing that our money can buy isn't any particular commodity. Instead, it is the time of our lives that we can live from moment to moment like we really want to. In other words, the most desirable commodity of all is our personal liberty which in reality, is much more satisfying than possessing any shiny bauble, the latest smartphone, a new pair of shoes or a nice car.

What we really want when we buy expensive things is to experience life in a certain way. And while the warm thrill of ownership can certainly be seductive and temporarily satisfying, it is really nothing compared to the exhilaration of feeling fine and definitively unchained from the yoke of financial servitude and emancipated from everything that would force us to do other people's bidding.

Instead of recognizing that fairly obvious reality most of the time, we simply keep our eyes focused on the next gimmick, mostly because it actually takes courage to admit that we are in the habit of keeping ourselves enslaved through our own choices. We are the source of our enslavement, and so for a lot of us a fair fraction of adult life ends up being about working jobs we hate.

It is certainly a wonderful thing to be a paid expert in something but it is also great to pursue multiple interests and passions while alive, and with retirement comes an opportunity to do exactly that, exploring the larger horizon of life's possibilities to become more like an unfettered child simply for the intrinsic joy of it and not because we need to establish and maintain ourselves as paid professionals.

Following retirement, you should understand that you have not lived all your life. Most of your youth is spent but that’s not to say a new life isn’t beginning for you. Make sure not to stress so much that it affects your life but take that bucket list you made decades ago and check some things off it. Realize some passion and make some of your dreams come true. Make up some lost time with family and make it valuable. The day after you retire, wake up, smell the roses instead of the coffee and do happy things! If you’ve always wanted to run a coffee shop or something, then get to work on it too!