What Is The Senior Citizen Age? 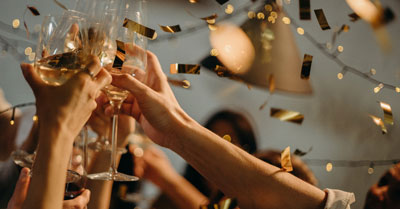 The term senior citizen makes most people cringe or dig out their discount cards. What really is senior age, though? Is it 50, 65, or 80?

Some people spend their entire life counting down the days until retirement, while others keep a bottle of hair dye nearby and avoid any hint that they may be passively aging.

The answer depends on who is asking. Some senior housing centers consider anyone over the age of 50 or 55 to be a senior, while Medicare defines a senior as 65 or older. Ask the aging population itself, and most people will claim that 70 or 80 is senior citizen age.

In a world where the Sex and the City Stars are the new faces of aging (sorry, Golden Girls in this day and age being fashionable counts), it is tough for many to accept that they may, in fact, be senior citizens. A blow made a little simpler by an array of discounts offered to seniors through AARP, AAA, Medicare, state programs, and more.

The better news, some of these discounts you can accept without being called a senior citizen, so why not decide for yourself when you have officially reached senior citizen age. Take a minute to follow along as we delve into the many different ways to define senior age based on federal, promotional, and lifestyle guidelines.

‍The Senior Population is Exploding Across the United States

Whether you want to call it the senior citizen population, those over the age of 65, or the "older adult" population (which is the term the U.S. Census Bureau adopted for their 2020 Profile of Older Americans), the fact is the senior population is quickly rising in the US.

Interestingly enough, the highest percentage of older adults live in Vermont, West Virginia, Maine, and Florida. While Florida was a shoo-in, it's somewhat impressive that older adults are toughing it out through some rough seasonal weather and still coming out on top.

The news is not all great, however, as 4.9 million people who fell into the older adult profile were below the poverty level, and 9.8 million Americans over the age of 65 were still actively working. This means that reaching the golden age of retirement might not quite mean what it used to be.

The Government's Definition of Senior Age

While the 2020 Profile of Older Americans may have tip-toed around the actual use of the word senior citizen, it is clear that 65+ is the cut-off for all census data. Therefore implies that for all government purposes, you are considered a senior once you hit 65.

This makes sense as 65 is also the age at which you can retire and pick up Medicare without a premium. Interestingly enough, however, while the Medicare age has not changed, full Social Security Benefits usually don't start until around 67 these days.

It turns out just because you can get a discount cup of coffee at McDonald's at age 55 does not mean you can count on retirement just yet. Consider the coffee a perk of approaching senior age.

The Division of Motor Vehicles Definition of Senior Age

One hot point among aging adults is the question of driving. Very few adults are willing to give up their driver's license, which is one reason why they are considered one of the most high-risk groups of drivers.

According to the CDC, about 20 older adults are killed every year, and 700 are injured in auto crashes.

It makes sense then that drivers should be tested more as they age to make sure they are safe to carry a license, but states seem to vary when defining at what point drivers become part of that older adult group.

California, for example, made it a law that a diver cannot have their license taken away based on age alone. Still, after 70, drivers have to meet certain additional requirements to renew their license. On the other hand, Florida doesn't add on extra health screening measures until 80, while Arizona starts at age 65.

How Old Do You Need to Be to Qualify for Senior Housing?

Senior housing communities have sprung up throughout America to provide seniors with the option to live in a quiet community with like-minded individuals. In other words, in communities free of young screaming children and wayward college students.

They are unique because they are the only communities that are excluded from the Fair Housing Act's requirement that landlords cannot discriminate based on family or age. Most senior housing communities set their age requirements at 55+, but some may start as early as 50.

While you may not be ready to call yourself a senior citizen at age 50, the allure of senior communities, lower rents, and all-inclusive amenities might be enough to indulge in the title from time to time.

The AARP is easily considered the largest senior institution in America, but most people groan when they start receiving literature in the mail, given the AARP starts early at age 50.

However, some of the perks of being an early senior citizen aren't so bad, including discounts for travel, care, insurance, finance, museum, and a free bi-monthly publication from the AARP that offers guidance to seniors as they age.