When Did Kobe Bryant Retire? 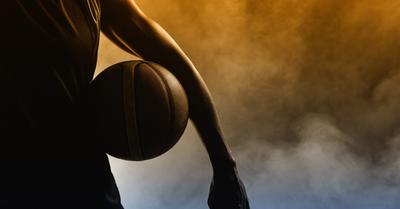 The tragic and untimely death of Kobe Bryant left many wondering when he retired from basketball and what led up to him leaving the sport.

Anyone who is able to play in the NBA for as long as Kobe Bryant did must be something special, and his career and accolades prove that he definitely was. His sudden passing left people shocked and even more interested in his life and career than before.

Kobe Bryant retired from basketball in 2016 at the age of 37, after starting in the NBA at the age of 18, playing 20 seasons in the NBA, and suffering injuries that eventually led to him retiring from the sport of basketball.

It’s still hard for many of us to believe that Kobe Bryant is no longer on the court, shooting those amazing three-pointers that we all loved to watch. It’s heartbreaking that such a stellar athlete and man is no longer with us, but learning more about his life, his career, and what led to his retirement is a nice way to keep his memory alive for all of us that followed him and cheered him on.

I have been a Lakers fan all my life, and Kobe Bryant’s story is one of my favorites. His rise to success at a young age, his work ethic, and his commitment to his team, community, and family is one of the most impressive stories I’ve researched when it comes to star athletes.

Becoming an NBA basketball player is no easy feat, but to be one that reaches the type of superstardom that Kobe Bryant did is even rarer and more impressive.

There are a total of 30 teams that are currently licensed with the National Basketball League, which is the premier basketball franchise in the United States.

On each of those 30 teams, there is an average of 15 players per team (though only 12 or 13 are allowed to suit up for any given game.)  So, out of the thousands of athletes who play basketball, there are less than 400 that are rostered to play for the NBA during any given season.

It’s no wonder, then, that fans continue to be fascinated with a success story like Kobe Bryant, who not only started in the NBA young, but was able to continue to play – and excel – for two decades, giving us boundless hours of entertainment and was a blast to watch on the court.

1. Kobe Bryant Started in the NBA at 18 Years Old

As the son of a professional NBA player, it seemed perhaps destined that Kobe Bryant would someday play the sport. Not only did he play, but he also excelled and is still thought to be one of the greatest players of basketball during his time.

Born and raised in Philadelphia, it became clear from an early age that Kobe Bryant would be a basketball star. In high school, he already began turning heads in the world of sports as a shooting guard who led his team to a state championship in his senior year and was known as not just a super shooter, but a great leader on his team, thanks to his upbeat attitude and willingness to pass the ball.

At the end of his senior year of high school, Kobe Bryant chose not to attend college and was recruited to the Charlotte Hornets in 1996.

He was quickly traded to the Los Angeles Lakes, where he would spend his entire basketball career.

Being only 18 years old when he began playing professionally put a lot of pressure on the young rookie, but he took no time in rising to the top and standing out on the court. Not only did he win the 1996 Slam Dunk contest, but was named an All-Star by the end of his second season with the Lakers.

After being quickly traded from the Charlotte Hornets at the beginning of his career, Kobe Bryant went to the Los Angeles Lakers, where he would stay and play for the full 20 seasons of his career.

During his time with the Lakers, Kobe Bryant led his team to five NBA championships and was a member of the NBA All-Star team for 15 of his 20 seasons.

Kobe Bryant was also the 2008 NBA Most Valuable Player and was a member of the All-Defensive team 12 different times in his career.

As the all-time leading scorer in the history of the Lakers team, Kobe Bryant also was the first athlete to play as a guard for 20 full seasons, setting an impressive precedent for others after him to follow.

3. Kobe Bryant Suffered Injuries That Led to Him to Retiring from Basketball

To play at the athletic level that Kobe Bryant did, and for such a long time, it is not surprising that his retirement from basketball was due in large part to his sustained injuries which caused him to no longer be able to play at the level he enjoyed.

As with many athletes, Kobe Bryant did not retire after one specific incident on the court. Instead, his body began to show signs of weakened performance, as various injuries began to catch up with him and make it more challenging  – and less enjoyable – for him to play.

During his 2014-2015 season (his second to last) Kobe Bryant’s injuries began to worsen, to the point that his coach encouraged him to sit out for a number of that season’s games. From sore knees to pain in his feet, Kobe Bryant’s years of basketball were affecting his health and performance.

Kobe Bryant wrote a poem entitled “Dear Basketball” that was widely read by fans everywhere. He wrote about the sport of basketball and how much he had loved it since he was six years old.