Why Did Andrew Luck Retire? 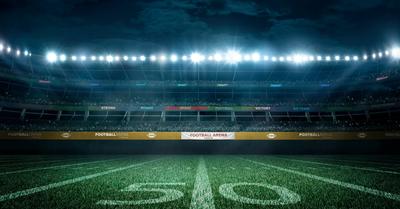 ‍Anyone who has followed the career of Andrew Luck may wonder what brought him to retirement and the answer is not as straightforward as you might think.

Andrew Luck retired from football after only six years in the NFL because of ongoing serious injuries, an exhausting and neverending cycle of rehabilitation, and the emotional and mental toll the sport has taken on him.

I’ve always been an avid football fan and the Indianapolis Colts have always been one of my favorite teams. So, I was just as surprised and saddened as the next person when Andrew Luck suddenly announced he was going to be retiring from the sport he seemed to love. But, once I spent more time researching his decision and learning the reasons that were behind it, I could easily sympathize with his reasoning behind it.

Born in 1989, Andrew Luck had football in his blood from the very beginning.

His father was a former quarterback for the Houston Oilers and served as the athletic director at West Virginia University before Andrew was born.

To say he was raised in a football-centered home would be an understatement.

After receiving a football scholarship to Standford, he played for the university for four years, receiving multiple awards and accolades while also being a star student.

He was the first Stanford freshman to start as quarterback.

After being a star athlete all through college, Luck was a top choice for many professional NFL teams entering into the 2011 draft season.

Eventually, the Indianapolis Colts won Luck as their first overall draft pick, which was a widely popular decision amongst fans and fellow team members.

Luck had big shoes to fill though, coming in as a starting quarterback after the departure of Peyton Manning. Luck ended up signing a four-year contract with the team which would end up leading to him signing another six-year contract that was worth $140 million.

The next contract would make Andrew Luck the highest-paid athlete in the NFL during that year (2016) but unfortunately, it wouldn’t last for long.

Two years into his new contract, Andrew Luck announced his retirement just weeks before the start of the season. His decision to leave the sport he loved was so sudden that even some of his closest teammates were taken by surprise.

But Luck had some valid reasons, as everyone would come to learn.

But his time in the NFL, unfortunately, proved to be a different story.

For the first few seasons that Luck played with the Indianapolis Colts, he was able to stay healthy and start just about every game, if not play it to its entirety.

But things changed in his third season when he suffered a sprained shoulder during only the third game, which was against the Tennessee Titans.

Luck would go on to finish the game and even beat the Titans, but his recovery didn’t last long.

Just a month later, Luck beat the Broncos but ended up sustaining injuries to both his kidneys and abdominal muscles.

These injuries, with the ongoing shoulder pain, would mean that Andrew Luck could not play again for the rest of that season and didn’t start for the Colts until the following fall.

From the point of his shoulder surgery to the end of his career, Andrew Luck would suffer from a series of other injuries that would either mean he could not play for long periods of time, or that he would end up playing through significant pain and possible risking injuring himself all over again.

From more should troubles to concussions to calf injuries, football was finally taking its toll on Andrew Luck. After having been cleared to play again in August of 2018, within six months he had developed another injury that this time led to his retirement from football for good.

2. Andrew Luck Had an Exhausting and Neverending Cycle of Rehabilitation

Though there are some players in the NFL who seem to be able to continue their play, despite their injuries, most can’t.

In fact, there has been more data to suggest that for years NFL players have pushed through pain and injuries that they shouldn’t have, and that their careers could have lasted longer had they received the appropriate amount of rehabilitation and rest necessary for the injuries they have sustained.

Luck has talked openly about his ongoing challenges with the cycle of rehab, particularly for his sprained shoulder.

Even years after the injury forced him to spend some time off the field, it would continue to haunt and bother him. In early 2017 he finally underwent surgery for the injury, but it still didn’t make a difference.

Years of trying to play while also going to rehab had caught up with Andrew Luck and even surgery wasn’t going to serve as the fix he needed to be able to use his arm effectively.

Most of us have dealt with an injury that persisted even when we’ve tried rest and rehab to resolve it.

But for Andrew Luck, his continuous stints in rehab with poor results eventually helped lead to his decision to retire from the sport he loved at the age of 29.

3. Andrew Luck Dealt with an Enormous Amount of Emotional and Mental Stress Because of His Ongoing Injuries

Anyone who’s ever watched Andrew Luck play knows what the sport of football has meant to him.

From early in his high school career, through his time at Stanford, and his eventual six seasons in the NFL with the Indianapolis Colts, Andrew Luck clearly loved his sport.

So, when significant injuries began interfering with his ability to play, it is completely understandable that it would also take a mental toll on Luck as much as it would take a physical one.

Experts haven’t always considered the emotional toll that goes into our decisions, but more and more we are beginning to understand them.

For a player like Luck, spending a large part of his career either in pain, working through pain, or sitting out because of the pain was hard on his mental health. Luck had always been a strong player, one who was easy to coach and a dependable teammate.

He knew what was expected of him and he gave 100 percent when he was on the field.

So it’s no surprise that his ongoing and re-occurring injuries would begin to make him feel like he wasn’t pulling his weight as a team member.

He has even gone on record as saying that every time he had to do more rehab, it sunk him into a dark place again and that he wasn’t fully living his life the way he wanted to.

Luck’s early retirement shocked his fans, but showed the world that he was willing to give up something he loved and get his quality of life back.