Why Do Joints Make Popping Sounds? 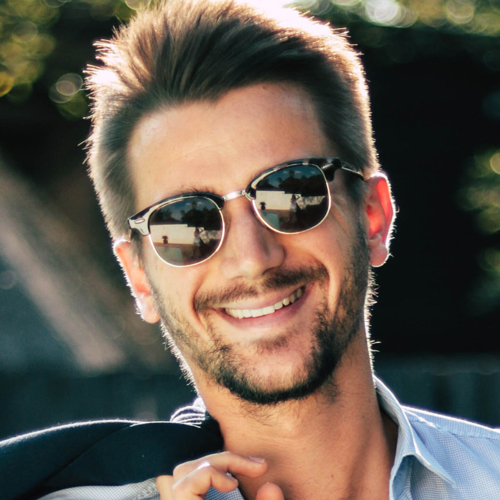 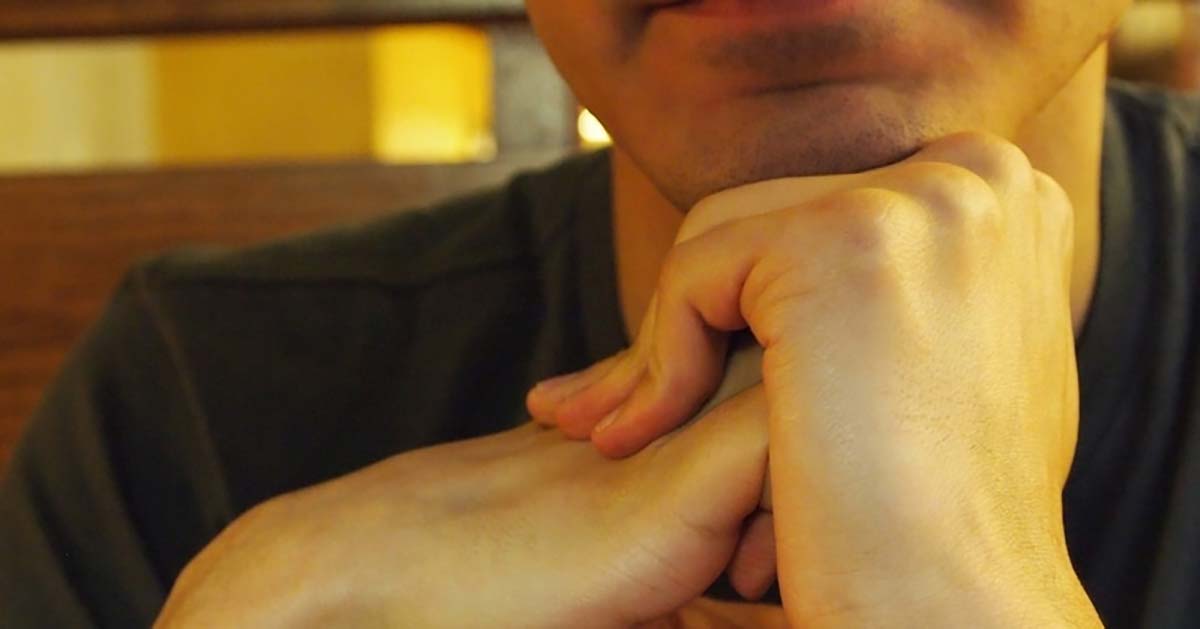 I’ve been cracking my knuckles since I can remember. I’ve become so good at it that I can crack most joints in my body, but what exactly is making that noise that can sound so satisfying to some but so grotesque to others and why do we hear more popping of our joints as we age?

What Is a Joint?

A joint is where two bones of your body come together, however in order to prevent the bones from rubbing against each other, which would cause damage and lead to inflammation, at the end of each bone is a layer of cartilage that act like a cushion. There are several different types of joints along the body, however the most common type is called a Synovial joint. These joints are composed of a thin membrane known simply as the synovial membrane that wraps around the entire joint and produces synovial fluid – a thick mucus like fluid that functions to lubricate your joints.

What Causes The Popping Sound?

The most common cause of joint popping is usually not a sign of concern and due to the popping of gaseous bubbles inside the synovial fluid. Other common causes may include rapidly stretching ligaments or tendons around the joint or the development of arthritis.

While the easiest joints to crack are those in your fingers, many also crack the joints along your back, hips, wrist, and shoulders – all of which are synovial joints the most flexible type of joint in the body. In between the two bones is a viscous liquid with a similar consistency of egg yolk that contain various lubricating molecules. These lubricating molecules reduce the frictional force applied to the bones as they glide past each other and thus minimizing bone injury.

When someone cracks their finger, what they are actually doing is stretching the space between the joints. This increase in space lowers the pressure within the synovial capsule and makes all the gaseous molecules within that space less soluble. This is the same effect that causes bubbles to rise in a bottle of soda when you open the soda to the outside air. The gaseous molecules start come together and form bubbles.

Interestingly, some of these bubbles have been seen on X-ray images. These bubbles don’t last too long. The surrounding fluid quickly cause the bubbles to collapse and with it produce that satisfying popping sound. The gaseous molecules disperse in the synovial cavity over a 20-minute period which explains why it takes some time before you can pop the same joint again.

I’m sure some of you reading this are saying “well I can crack my joint repeatedly without the 20-minute waiting period” – that is because your cracking sounds is most likely due to something else entirely.

Many often confuse joint cracking for the snapping sound made by stiff tendons as they move back to their original position. Tendons are responsible for attaching muscles to bones. As we move, our tendons shift position and sometimes these tendons can quickly slide over bony landmarks and cause a snapping sound.

Ligaments are the fibrous connective tissue that connects bones to other bones. When these ligaments become damaged such as when you sprain your ankle or a finger there is a chance it might not have healed properly, and the joint could start to make a popping sound when bent. If you suspect any ligament injury it should be evaluated by a medical professional to ensure it does not lead to a chronic, long-term joint problems.

Arthritis is an inflammatory condition affecting the joints of the body. Symptoms typically include pain, swelling and stiffness. The most common type of arthritis are osteoarthritis and rheumatoid arthritis. Osteoarthritis occurs when the cartilage that serves as a cushion between bones begins to wear way. The grinding of bone-on-bone result in the typical symptoms associated with the condition. Exercising, maintaining a healthy weight and avoiding injury and repetitive actions are the best way to prevent the development of Osteoarthritis.

Inflammatory arthritis can arise when your immune system begins to mistakenly attack your joint and can eventually destroy the joint cartilage that cushions the joint. The inflammatory process causes the joint to become swollen and inflamed. Certain medications are able to suppress the immune response and slow down the progression of the disease.

You may have heard from a concerned relative or annoyed office mate that cracking your joints will give you arthritis. However, several studies have shown no correlation between knuckle cracking and the development of arthritis. One study looked at the prevalence of arthritis in 215 individuals – 20% of who habitually cracked their knuckles. Of those that cracked their knuckles 18.1% suffered from arthritis compared to 21.5% in those who did not crack their knuckles. They concluded that knuckle cracking does not appear to be a risk factor for arthritis.

The only negative finding was that those who habitually crack their knuckles were more likely to show hand swelling. Some studies suggest that knuckle crackers may have a slight reduction in grip strength, however their have been conflicting studies.

Worth mentioning, although only an anecdotal account, a doctor by the name of Donald Unger did a study on himself where for 50 years he would crack the knuckles on his left hand twice a day while never cracking the knuckles of his right hand. He estimated that he must have cracked his left hand at least 36,500 times – both hands were arthritis free. While this is not hardcore peer-reviewed science, it is interesting, nonetheless.

The persistent snapping and popping sounds due to ligaments or tendons can lead to tendon or ligament weakness that makes them more susceptible to injury and inflammation. This can lead to various tendinopathies and ligament injuries. Individuals who perform repetitive motions at work or while playing sports are commonly affected. Three of the most common conditions affecting tendons include Tennis Elbow, Golfer’s Elbow, and Dancer’s Hip.

Tennis Elbow is a chronic condition associated with one of the major tendons located on the outer aspect of the elbow. Typically, it involves pain, swelling and tenderness due to repetitive motions. The pain can radiate out towards the region of the forearm. Although half of all individuals who play tennis at some point suffer from tennis elbow only 5% of people who suffer from Tennis Elbow actually play tennis. This is also very common in office workers who spent prolonged periods of time at a desk typing on a computer. Another condition known as Golfer’s Elbow is very similar to tennis elbow, however instead of affecting the outer aspect of the elbow it affects the inner portion. Individuals tend to feel pain, swelling and tenderness all associated with the frequent repetitive motions involving the tendon on the inner aspect of the elbow.

Dancer’s Hip, also known as snapping hip, is a condition characterized by a snapping sensation caused by repetitive motion of muscles and tendons over boney structures around the hip joint. It is most common in athletes and dancers. There are three types of dancer’s hip depending on which tendon is being overused. This can be divided into External, Internal, Intra-articular Dancer’s Hip.

The best way to alleviate issues concerning overused tendons is to stretch and engage in low-intensity resistance exercises. These activities will help strengthen the tendon and release tension.

Joint cracking, snapping, and popping may not be a cause of arthritis, but it does not mean that it is never a problem. If the popping sound is accompanied by pain, tenderness, burning sensation or if your joint looks enlarged or deformed, it is worthwhile to have a physician take a look at it. Otherwise the biggest proven danger seems to be annoying those around you. 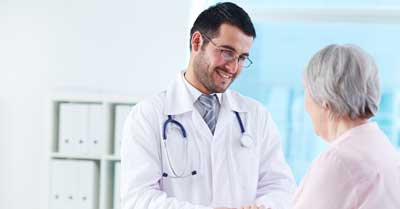 How Does Healthcare Work in Retirement? 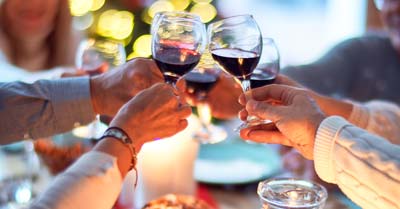 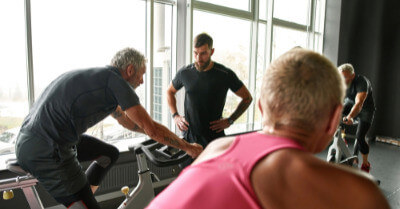 Is Peloton A Good Workout For Seniors?

﻿Indoor cycling is a sport marketed to the young and old; however, is the peloton a good workout for seniors? 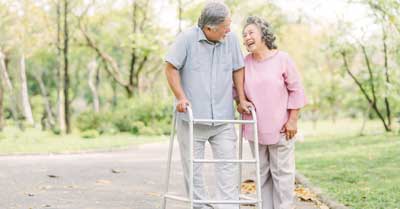 ﻿Before purchasing a walker, you want to make sure that you choose one that suits your needs and increases your mobility. There are tons of good options. 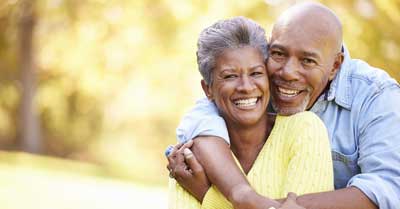 ﻿As a senior, quality dental care is important. However it is also expensive since it is not typically covered by Medicare. So what are the best options? 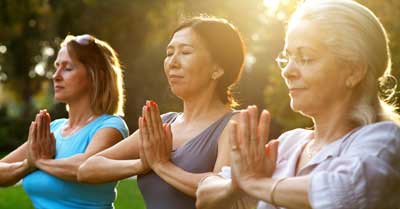 Yoga For Seniors: How To Get Started

﻿There is no such thing as being too old to practice yoga. Yoga can be quite beneficial the older you get. It can be a great way to enhance your overall wellness and physical health. 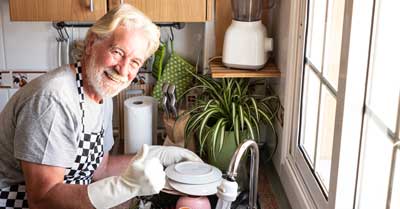 Housekeeping for Seniors: A Complete Guide

﻿For many seniors, staying on top of daily housekeeping can be challenging. For that reason, having a housekeeping plan for your aging loved ones is paramount.