Why Retire In South Carolina? 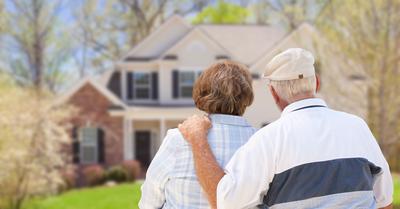 ‍The idea of retiring to South Carolina can sound appealing to many people, especially when they consider all the perks this state has to offer.

You should definitely consider South Carolina as a place to retire because of its excellent climate, the low cost of living, and the easy access to plenty of other travel destinations from most of the major cities.

Having spent most of my life living in the South, I’ve thought about retiring somewhere other than one of the lower fifty states. That said, as I get closer to retirement age, states like South Carolina are starting to look more appealing to me, when I consider all the perks they have to offer. Perhaps my extensive research will lead you to feel the same way, too!

‍Why Should I Retire to South Carolina?

As one of the first thirteen colonies to form the United States, South Carolina is steeped in a rich history that not many other states can claim.

With over five million inhabitants, South Carolina is currently the 26th most populous state in the United States, but the 40th state when it comes to actual land mass.

Some of the largest cities are Columbia (which is the state capital), Charleston, and Greenville.

The state itself is full of beauty and wonder, with the beaches of the Atlantic Ocean bordering it on one side, the mountains of North Carolina to the north, and the rolling plantations of Georgia to the west.

South Carolina tends to be a conservative state politically, but there are plenty of opportunities for people to have differences and open discussions, as the overall political climate has changed and more people with alternative points of view have elected to call South Carolina home.

Many of those people have been retirees. In fact, in the last decade, it’s believed that the retirement population of South Carolina has grown by almost 50 percent!

Americans used to look to Florida as the best place to retire in the United States. And though Florida is still a top destination with its beaches, warm weather, and excellent health care, other states - like South Carolina - have begun to see a surge in our country’s older population deciding that it may have as much, if not more appeal as a place to spend their golden years.

Why is retirement in South Carolina becoming so appealing? Let’s find out.

1. South Carolina Has an Excellent Climate

When people are listing what they are looking for in retirement, one of the most common things that rank at the top of their list is the weather.

Most of us don’t have a desire to retire to a place that is cold or sees much snow.

Some don’t mind it, but a typical retiree wants to spend their golden years enjoying the outdoors by hiking, playing sports, or gardening… not shoveling snow or battling icy road conditions.

This desire for warm weather is one of the reasons that South Carlina ranks so high on most retirees lists of perfect destinations for their latter years.

South Carolina is far enough south that it rarely experiences snow. In fact, the last time South Carolina had a true blizzard was in 1973!

Some people believe that South Carolina is too hot to be an ideal retirement spot. It is true that the southernmost part of this state can get awfully hot and humid in the summertime months.

But there are other areas, like the northwestern part of the state, that are not as prone to the high humidity and intense temperatures in the middle of summer as the far southern parts are.

Plus, for those who want to retire to the beaches of South Carolina (and who wouldn’t?) even in the middle of summer there is always going to be a bit of a breeze to greet you.

2. South Carolina Has a Low Cost of Living

Another great perk to living and retiring in this state is the cost of living and how incredibly reasonable it is compared to other states.

South Carolina has some of the lowest taxes of any state in the US. And though the state does institute a property, income, and sales tax, all tend to rank in the lower 30 percent compared to other states.

More importantly than sales tax, however, is just the general cost of living in this state.

In South Carolina, housing prices tend to be more reasonably priced than in other states, especially ones that are popular amongst vacationers or retirees.

There are other costs that are lower as well. It’s a well-known fact in South Carolina that food, utilities and even eating out tend to be a bit less expensive than in other parts of the country.

The bottom line is this…if you want your golden year’s dollars to stretch a little farther, don’t overlook South Carolina as a place to retire.

The benefits from a lower cost of living can be pretty great for most of us.

3. South Carolina Has Access to Plenty of Other Travel Destinations

Yet another great benefit to retiring in South Carolina is the fact that there are so many ways to travel to other destinations as well.

Whether it’s to see grandkids, and kids or travel on your own, there are lots of ways to get to other places as needed.

Not only are there plenty of national and international airports in South Carolina, but there are also trains, buses and major interstate highways that can take you to wherever you need to go.

Being able to get to family and friends is an important part for many of us in retirement. Though we want to be able to maintain our independence and live where we wish, we also want to be able to access our loved ones when necessary.

South Carolina is also a hotspot port for cruise ships that leave from Charleston. In fact, over 70 cruise ships leave from that port every year and will take travelers to places like the Bahamas, Key West Florida, and other ports farther south.